T20 World Cup 2021, AUS vs SA: Australia defeated South Africa by 5 wickets in the first match of the Super 12 stage at the Sheikh Zayed Stadium in Abu Dhabi on Saturday. 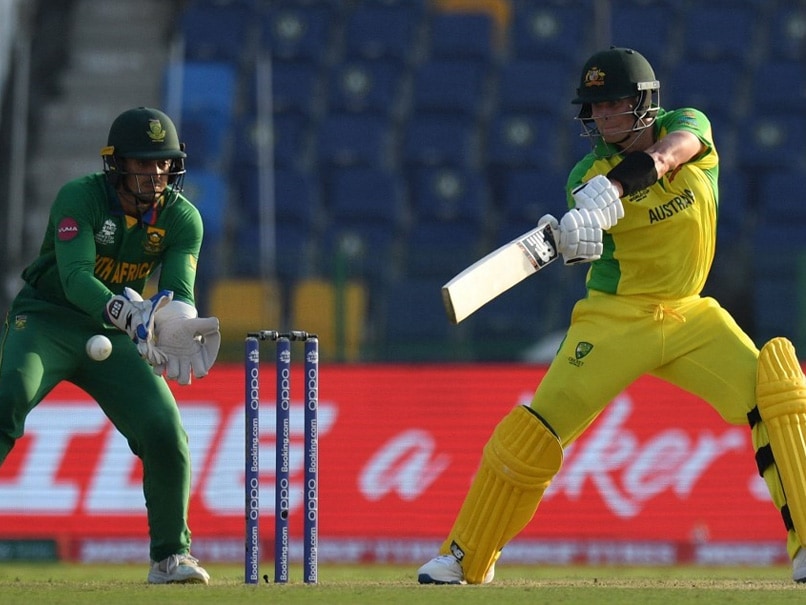 Australia defeated South Africa by 5 wickets in the first match of the Super 12 stage of the ongoing T20 World Cup at the Sheikh Zayed Stadium in Abu Dhabi on Saturday. Chasing a target of 119, the Aaron Finch-led side won the game with two balls to spare. Steve Smith top-scored for Australia with a 34-ball 35 while Marcus Stoinis chipped in with a 16-ball 24. Earlier, South Africa had posted a total of 118/9 from their share of 20 overs. Aiden Markram had top-scored for the Proteas with a fine 40 off just 26 balls. Australian bowlers were on the money from the word go as they kept taking wickets at regular intervals. Mitchell Starc and Adam Zampa picked up two wickets each but it was Josh Hazlewood's 4 overs for just 19 runs and the two wickets that put the brakes on South Africa and for that the tall paceman was adjudged 'Player of the Match'. Matthew Wade also remained unbeaten and played an important knock for his team. (SCORECARD)

Sheikh Zayed Stadium, Abu Dhabi Live Blogs
Get the latest updates on ICC Women's Cricket World Cup 2022 and IPL 2022, check out the Schedule , Live Score and IPL Points Table. Like us on Facebook or follow us on Twitter for more sports updates. You can also download the NDTV Cricket app for Android or iOS.