World Cup 2015: Shane Watson Rates Knock vs Pakistan as Most Important of his Career

Shane Watson, who battled poor form going into the tournament, ensured Australia's victory in the World Cup quarter-final vs Pakistan after being put in a tight spot by Wahab Riaz during a devastating spell. 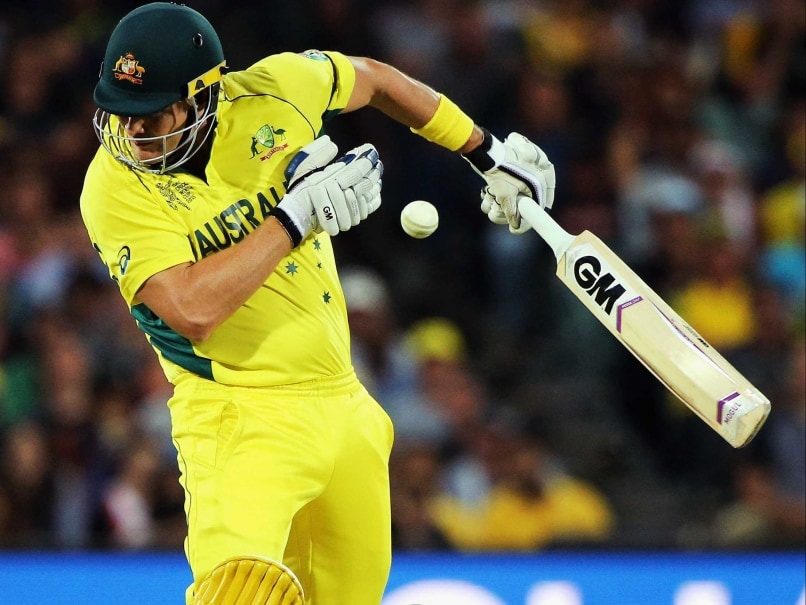 Australian all-rounder Shane Watson said on Thursday his unbeaten knock of 64 runs against Pakistan in the World Cup quarter-final is the "most important innings" of his One-Day International career as he was plain "lucky" to survive the hostile spell from Pakistan pacer Wahab Riaz.(Watson, Riaz Call Truce)

Watson, who battled poor form going into the tournament, ensured Australia's victory after being put in a tight spot by Riaz during a devastating spell of pace while chasing during the quarter-final.

Australia won the World cup for the fifth time after beating New Zealand in the final in Melbourne on March 29.(Watson, Wahab Fined for Verbal Spat)

"I thought about it as loud as it can get. I had a lot of luck specially to be able to get through that couple of overs in that spell. It worked well for me," Watson, here to play in the Indian Premier League (IPL) starting on April 8, said in a statement on Thursday.

"It is the most important innings that I have played in ODI cricket as I said that I had a lot of luck through that phase because I was able to stay in win the match for my team."(Wahab Spell Was Nasty: Watson)

Watson has now been a part of two World Cup teams (2007 and 2015) and said winning the trophy again was like having a second baby.

"Well I don't have a second child yet but may be, it's a feeling close to that. First time in West Indies was special but to win it second time in front of the home crowd is what dreams are made of. I feel very lucky to be born at the right time to play World Cup at home," he said.

He was all praise for the team's fast bowlers, who performed exceptionally throughout the tournament. Left-arm pacer Mitchell Starc was the highest wicket-taker of the tournament with 22 wickets, which made him the "Player of the Tournament".

"Incredible. I mean the fast bowling unit of 2007 was as good as they got but the way this group executed the plans is incredible," he added.

"Mitchell Johnson, Mitchell Starc along with Josh Hazlewood complemented each other very well. We executed our plans against big teams like India and Pakistan perfectly." said Watson.

He was particularly impressed with Starc.

"Starc has pace and swing. He has the variations to trouble the best batsmen in the world during death overs. He has the ability to bowl at different phases.

And for someone so young and able to do that at big stage is a great thing," the all-rounder said.

Watson said he is fresh and raring to play for the Royals and didn't need any break after a gruelling 44-day World Cup.

"No, I will be fine. We have played only 9 games (World Cup) in 6 weeks whereas we normally play 9 matches in three weeks. There has been less pressure on the body and easy to go," he concluded.

Comments
Topics mentioned in this article
Australia Cricket Team Pakistan Cricket Team Shane Watson World Cup 2015 Cricket
Get the latest updates on T20 World Cup, check out the T20 World Cup Schedule and Live Score . Like us on Facebook or follow us on Twitter for more sports updates. You can also download the NDTV Cricket app for Android or iOS.