Watch: Mohammed Shami's "One Drop One Hand" Video Will Take You Down Memory Lane

Mohammed Shami took all cricket fans back to the days where they all played this game. 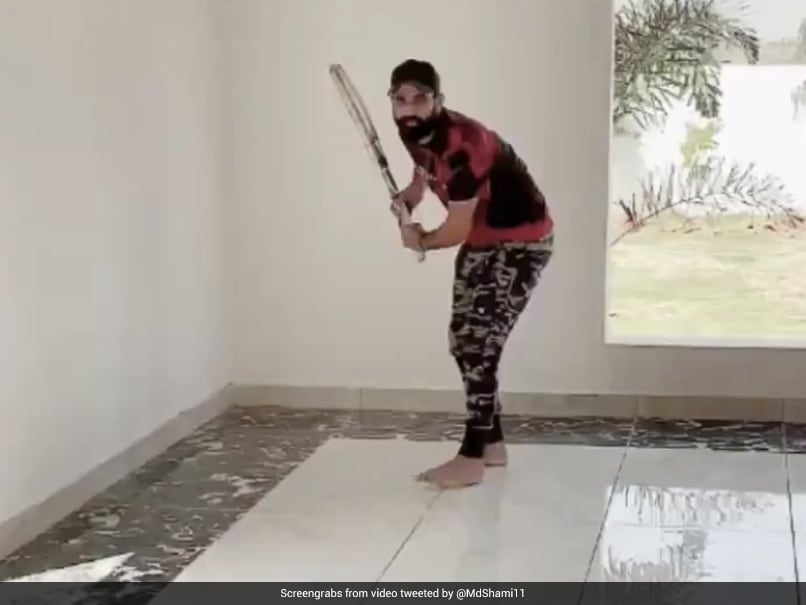 Mohammed Shami shared a video of himself playing indoor cricket at home.© Twitter

Mohammed Shami, the Indian fast bowler, much like other cricketers from around the world is spending time at home during the lockdown. Mohammed Shami has been active on social media platforms at this time and keeps his fans engaged by sharing fun posts. In the latest video shared by Shami on Twitter, the India pacer can be seen enjoying indoor cricket at home. Mohammed Shami in the caption of his tweet wrote, "Tell me the rules of Indoor Cricket!". Almost every cricket fan will be able to relate to the video as cricket lovers have played "One Drop One Hand" at least once in their life.

Mohammed Shami is a key cog in India's pace attack. The fast bowler has been impressive with his performances for the country and is regularly features in all three formats of the game.

Mohammed Shami made his debut for India back in 2013 against West Indies in a Test match at the Eden Gardens. He scalped 9 wickets in his debut game. Since then, Shami has played 49 Test matches for the country and has scalped 180 wickets with an economy rate of 3.32.

In the IPL, Shami has played 51 matches and has 40 wickets to his name. He is a part of the Kings XI Punjab in the cash-rich league.

West Indies Cricket Team World Cup 2019 World Cup 2015 IPL 2020 Cricket
Get the latest updates on SA vs IND 2021-22, check out the Schedule and Live Score . Like us on Facebook or follow us on Twitter for more sports updates. You can also download the NDTV Cricket app for Android or iOS.