Stuart Binny was part of the Indian squad that bowed out of the World Cup 2015 in the semis. 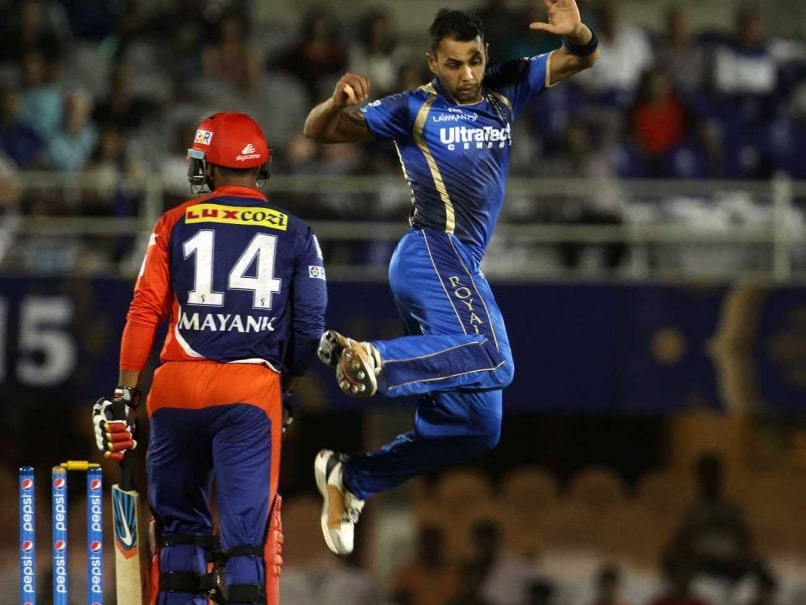 Rajasthan Royals all-rounder Stuart Binny on Wednesday said his presence in the Indian dressing room as a member of the 2015 World Cup squad made him a better thinking cricketer. (IPL 2015 complete coverage | Stats | Points Table)

"In Australia being a part of the World Cup squad, sharing the dressing room with the team, has made me a better-thinking cricketer, knowing what to do in tough situations," Binny said at the pre-match press conference ahead of their Indian Premier League (IPL) match against Sunrisers Hyderabad on Thursday.

Binny also described his participation in India's Test tour of England in 2014 as a great confidence booster. (Pakistan, England players missing out on IPL: Wasim Akram)

"Obviously playing a Test in England and doing well in the Test match gives a lot of confidence to you. It was a tough series for the Indian team. But those days are gone now and it's all about being consistent in the year. That's what I look at," he said. (Gayle reveals reason behind 'Cristiano Ronaldo' celebration)

His IPL team, Rajasthan Royals, is currently in second spot with 14 points from 11 games, needing one more win to secure their place in the play-offs. (Shami to pocket crores without playing a single game)

Binny said a combined effort by the bowling and batting units has helped them play consistent cricket in this season. (Kevin Pietersen an inspiration for me: Deepak Hooda)

"We have done well so far in the tournament and we know that we are one win away from making it to the play-offs. We have played some good cricket. And if we play good cricket that one win will come. Also it's important to hold on the winning momentum," the 30-year-old said.

The all-rounder specially heaped praise on Ajinkya Rahane, who is currently the leading run-getter in the current season with 430 runs. (No time for critics: Yuvraj)

"I think we have batted well when it comes to Shane Watson. Also Ajinkya Rahane has been so consistent right from the start. Karun Nair didn't get to bat so much. That is the reason he came in ahead of Sanju Samson against Delhi," he said.

"It's a positive for us that the top five are in form. Everyone is really hitting the ball well. Even our five, six, seven are big strikers off the ball. James Faulkner is there at seven. So it's all about what we need from the individual," Binny said.

On Thursday's match against Sunrisers, he said: "We will play on a wicket that is very much suited to our style. Our bowling attack and batting has been good here in the last match against Delhi."

Comments
Topics mentioned in this article
Rajasthan Royals Stuart Binny India Cricket Team World Cup 2015 IPL 8 Cricket
Get the latest updates on IPL Auction 2023 and check out  IPL 2023 and Live Cricket Score. Like us on Facebook or follow us on Twitter for more sports updates. You can also download the NDTV Cricket app for Android or iOS.