Glenn Maxwell has registered scores of seven, six, 15 and 33 to begin the eighth season of the Indian Premier League. The Australian all-rounder believes the emotional high of his country's World Cup win has contributed to his form slump. 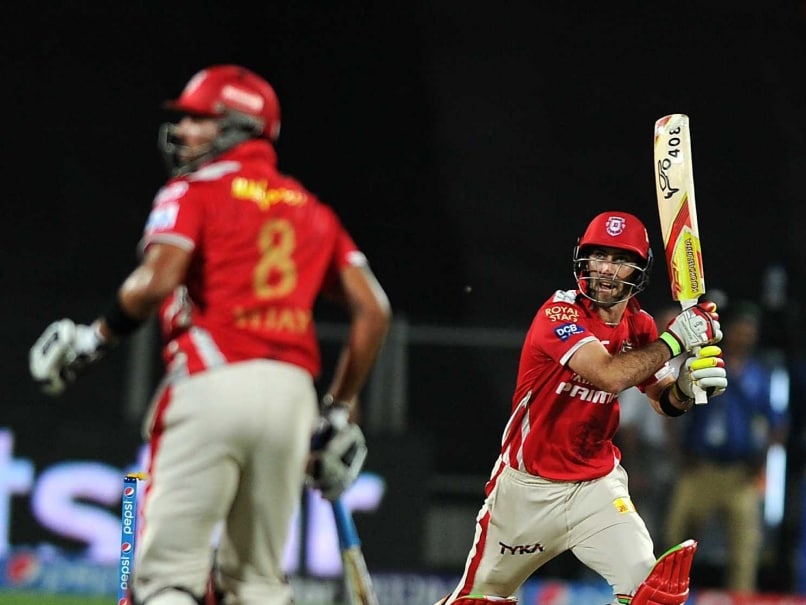 Australian all-rounder Glenn Maxwell believes the emotional high of his country's World Cup win has contributed to his form slump for Kings XI Punjab in the Indian Premier League (IPL) this season.

After Michael Clarke and his teammates lifted the Cup last month, the dynamic all-rounder has only registered scores of seven, six, 15 and 33 to begin the eighth season of the world's most lucrative domestic T20 tournament. (Attack is the Only Option in Harsh T20 Format: Sandeep Sharma)

"It's hard to have a tournament (so soon) and come down from the high of the World Cup," Maxwell was quoted as saying by cricket.com.au on Tuesday.

"Having such an amazing time and winning that World Cup, it's hard to start a new tournament straight after it and still carry on that momentum. That's the biggest challenge we have to face at the moment," he said.

Maxwell's slow start is in stark contrast to how the Australian kicked off his IPL campaign last year, when he lit up the tournament with scores of 95, 89 and 95 in his first three outings.

"I'm trying to do it a different way this year and hopefully peak at the right time at the tournament, hopefully hit my straps a little bit later on," he said. (Bailey Laments Poor Batting and Fielding)

According to the hard-hitting batsman the teams have done their homework to counter his unorthodox approach, as Kolkata Knight Riders fast bowler Umesh Yadav said following his side's win over Kings XI.

"It's been a tough start, teams have come up with some different plans for me this year and possibly I haven't gone with my batting plan at the same time."

"Combining those two things it hasn't been the ideal start, but last game was a sign I'm starting to get back into it and get back into the swing of things," he said.

The 26-year-old added that lack of discipline has contributed to Punjab's modest start this season. They have won only one of the first four matches this season.

"We've seen a little bit of mediocrity with our totals and even our bowling and we've seemed to have gone away from the team plan in certain stages, which we never did last year."

"Last year we were very strict with our plans and stuck to them which is why we were so successful. This year we seem to be a tiny bit lazy, a tiny bit undisciplined in our shot making and bowling selections as well," added Maxwell.

Comments
Topics mentioned in this article
Australia Cricket Team Kings XI Punjab Glenn Maxwell IPL 8 World Cup 2015 Cricket
Get the latest updates on IPL Auction 2023 and check out  IPL 2023 and Live Cricket Score. Like us on Facebook or follow us on Twitter for more sports updates. You can also download the NDTV Cricket app for Android or iOS.