The Manpreet Singh-led side dominated South Africa in all the four quarters of the game. 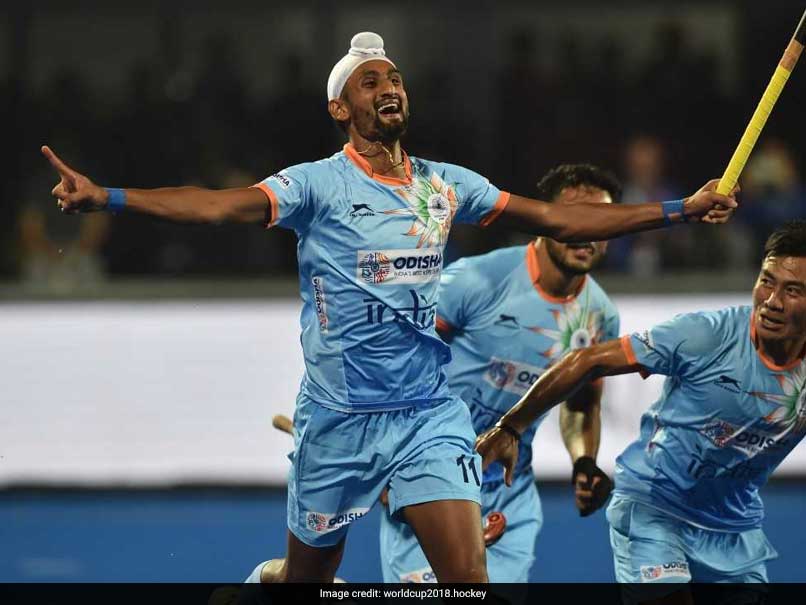 India started their Hockey World Cup 2018 campaign with a 5-0 win against South Africa in their first Pool C encounter at the Kalinga Stadium in Bhubaneswar. The Manpreet Singh-led side dominated South Africa in all the four quarters of the game, as Mandeep Singh opened the scoring in the tenth minute of the first quarter. And as Akashdeep Singh scored India's second goal in the 12th minute of the same quarter, South Africa lost their steam, eventually letting India score three more in the entire match.

The attacking mindset, which coach Harendra Singh had advocated before the start of the tournament, was visible on the field as the Indian players were not letting the ball slip out of their possession.

India were leading 2-0 by the end of the first half of the match.

In the initial stages of the third quarter, India missed a couple of chances. Nevertheless, India made a dominating comeback as they completely destroyed the winning hopes of South Africa by scoring two back-to-back goals in the 43rd and 45th minute of the match.

It was midfielder Simranjeet Singh and forward player Lalit Upadhyay who showed quick reflexes in the field to strike the consecutive goals.

Simranjeet looked unstoppable on the field and continued to tear apart the weak defence of the South African side scoring another goal in the fourth quarter to make it 5-0 in India's favour.

India kept on attacking the opposition's goal post till the final hooter.

A solid attack, quality defence, and a controlled game helped India register a convincing win over South Africa in their first Group match.

Simranjeet Singh was adjudged Man of the Match, who scored two goals for his side.

India will play their next group stage match on December 2 against Belgium.

Comments
Topics mentioned in this article
India South Africa Canada Hockey
Get the latest updates on ICC T20 Worldcup 2022 and CWG 2022 check out the Schedule, Live Score and Medals Tally. Like us on Facebook or follow us on Twitter for more sports updates. You can also download the NDTV Cricket app for Android or iOS.