Harendra was brought in as men's coach for a fourth stint after Sjoerd Marijne was moved back. 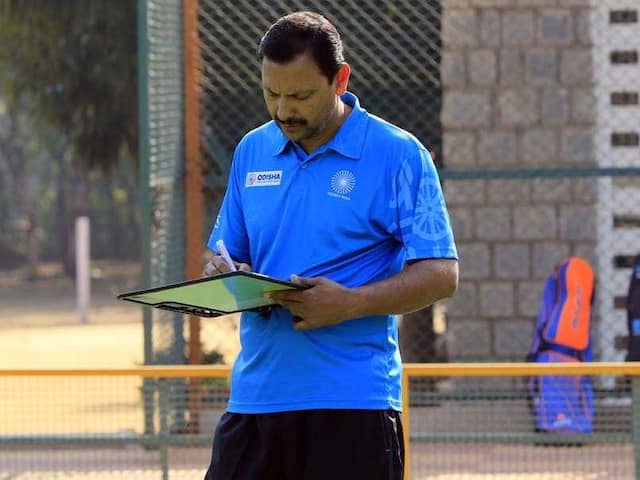 Harendera Singh never got the opportunity to represent India at the Olympics.© Twitter

Harendera Singh never got the opportunity to represent India at the Olympics as a player but he is hopeful of living that dream in a different way -- as the coach of the senior men's hockey team at the 2020 Tokyo Games. Considered the 'Man Friday' of Indian hockey, Harendra claims "nothing is impossible" for him. Barely a month into the high-profile job, he is clear about his goals -- securing podium finishes in the upcoming Champions Trophy and the season-ending World Cup, retaining the Asian Games gold in Jakarta -- a direct ticket to the 2020 Olympics.

"Yes, I never got the opportunity to compete at the Olympics and that will always remain the biggest regret of my playing career. But there is always another day and now I have an opportunity to be at the big stage in a different capacity," Harendra told PTI in an interview before leaving for the Champions Trophy to be held in Breda, Netherlands from June 23 to July 1.

Harendra was brought in as men's coach for a fourth stint after Sjoerd Marijne was moved back to the women's camp following a poor Commonwealth Games campaign where the team finished fourth. Even though he didn't have a stellar playing career, Harendra's exploits as a mentor are incomparable and he is the only FIH certificate holder coach in India.

"2018 is a very crucial year for Indian hockey with three important tournaments around. I agree I didn't have enough time with the team but my goal is clear from day 1 -- podium finishes in Champions Trophy and World Cup and gold in Asiad which will ensure our ticket to Tokyo Olympics," said Harendra.

"These players are not new to me. I have coached all of them at one point or the other. The core group of players know my working style inside out," said Harendra, who last coached the men's senior team back in 2009.

Asked how realistic his ambitions are, a confident Harendra replied: "Nothing is impossible and I have proved that time again, be it with the junior men's team or the women's side."

Talking about India's preparation for the important year ahead, including the upcoming Champions Trophy, Harendra said: "The team is physically and mentally in best shape. We only have to work upon penalty corners, goal scoring rate, ball possession etc."

"We have had psychology, physiology sessions, besides working on technical aspects and now it's the time for the players to deliver on the field." Harendra said during the national camp in Bengaluru, he paid individual attention to every player.

"There should be two-way communication because one can solve 90 per cent of his or her problem with communication."

Harendra is looking at the last edition of the Champions Trophy as a preparation for the Asian Games and feels his role is just of a facilitator to the players in deciding their fortunes in the tournaments ahead.

"I go into any tournament with a mindset that let the players decide what colour of medal they want. I will just help them in achieving that," he signed off. India will open their campaign against arch-rivals Pakistan in the Champions Trophy on Saturday.

(This story has not been edited by NDTV staff and is auto-generated from a syndicated feed.)
Comments
Topics mentioned in this article
India Hockey
Get the latest Cricket news, check out the India cricket schedule, Cricket live score . Like us on Facebook or follow us on Twitter for more sports updates. You can also download the NDTV Cricket app for Android or iOS.