India will be playing five matches during the tour of Spain. 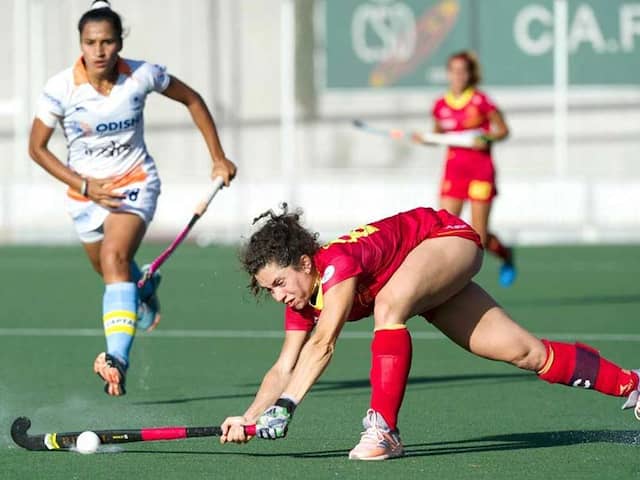 The Spanish Women's hockey team on Tuesday thumped India 3-0 in the opening encounter of the five-match series in Madrid. The hosts gained the upper hand after efficient finishing shown by Berta Bonastre (6th minute) and Lola Riera (48, 52) whose efforts helped them the team emerge as the eventual winners. The first quarter saw the hosts dominate possession as 26-year-old Berta Bonastre found herself in the right spot to score the opening goal in only the 6th minute. Spain got into the rhythm of the match quickly and attacked ferociously looking to add a second goal but India's defence held on throughout the first quarter. Indian team too had chances but could not produce clear goal-scoring opportunities. Skipper Rani had a glorious chance in the 14th minute but her shot ended up going wide.

The visitors looked to find an equalizer in the final quarter of the match as they took a more attacking approach and let runners get past the Spanish defenders on the flanks. However, in an unfortunate turn of events for Sunita Lakra, a common-ball hit her head and the referee decided to give a penalty stroke to the hosts, which was well converted by Riera in the 48th minute.

Four minutes later, Riera was awarded her second goal of the match as her drag-flick from a penalty corner was deflected by Sunita Lakra's stick into the back of the net, giving Spain a 3-0 lead.

The second match will be played on June 13.