The Indian men's team will play Pakistan in its first match on April 7, followed by games against Wales (April 8), Malaysia (April 10) and England (April 11). 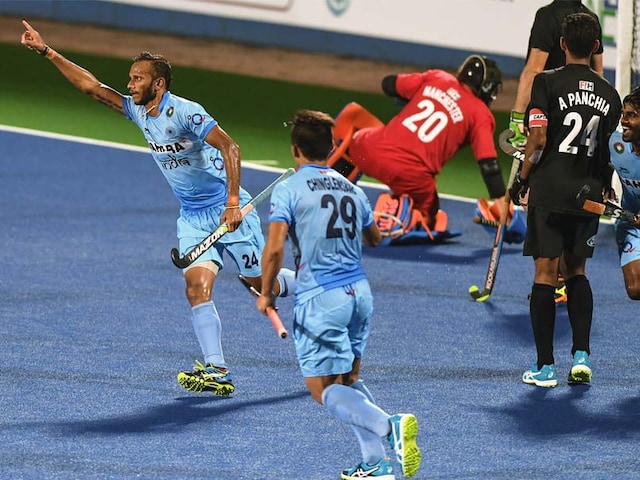 The Indian men's hockey team will play Pakistan in their opening match of the 2018 Gold Coast Commonwealth Games. India were runners-up in the past two editions while Australians are the reigning champions. According to the schedule announced by the International Hockey Federation (FIH) on Tuesday, Asian champions India are placed in a relatively easy but tricky Pool B along side Pakistan, last edition's bronze medallists England, Malaysia and Wales.

Five-time champions and hosts Australia, New Zealand, South Africa, Canada and Scotland feature in Pool A. The Indian men's team will play Pakistan in its first match on April 7, followed by games against Wales (April 8), Malaysia (April 10) and England (April 11).

Meanwhile, the Indian women's team have been clubbed in Pool A, which consists of current silver medallists England, South Africa, Malaysia and Wales. Title holders Australia, New Zealand, Scotland, Canada and Ghana are placed in Pool B of the women's competition. The Indian women's team will play the tournament opener against Wales on April 5 before it squares off against Malaysia (April 6), followed by England (April 8) and South Africa (April 10).

In the men's competition, Australia has been reigning supreme when it comes to the Commonwealth Games -- five editions, five victories -- so there will be a queue of nations lining up for a crack at the title, not least recently crowned Asian champions India.

In the women's competition, current champions Australia will want to impress in front of the home crowd, while England and New Zealand will both look to get their names on the trophy for the first time. Two teams from each pool in men's and women's section will qualify directly for the semi-finals while the rest will play classification matches.

Comments
Topics mentioned in this article
India India Women Pakistan Hockey
Get the latest Cricket news, check out the India cricket schedule, Cricket live score . Like us on Facebook or follow us on Twitter for more sports updates. You can also download the NDTV Cricket app for Android or iOS.