Sardar Singh was part of the Indian team that won the Asia Cup last month in Dhaka but has been left out from the Hockey World League Final squad. 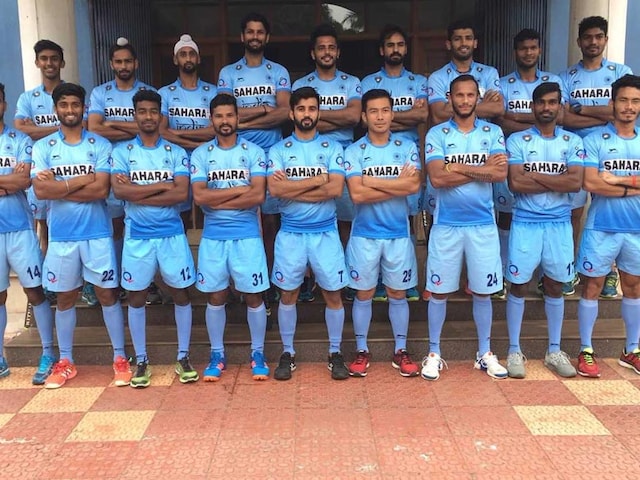 Veteran midfielder Sardar Singh was on Friday dropped from India's 18-member squad for next month's FIH Hockey World League Final, while the fit-again Rupinder Pal Singh and Birendra Lakra made comebacks for the season-ending tournament to be held in Bhubaneswar. The biggest omission from the squad was this year's Khel Ratna Award winner Sardar, who was part of the team that won the Asia Cup last month in Dhaka. The exclusion might just mark the end of the former skipper's illustrious career. In the Asia Cup, Sardar shunned his playmaker role in the midfield for young skipper Manpreet Singh and played as the 'free defender'.

But the ouster from the HWL Final might mean that Sardar doesn't quite fit into the scheme of new chief coach Sjoerd Marijne, who took the reins of the team before the Asia Cup following Roelant Oltmans's ouster.

Rupinder and Lakra's return will be big boost to the India's fragile backline.

Rupinder will return to the team after a five month lay-off due to a hamstring injury while Lakra has been in and out of the side after missing the Rio Olympics due to a knee injury.

While Rupinder last played for India in the Europe tour before the HWL semi-final, Lakra was part of last year's Asian Champions Trophy and December's four-nation Australia tour squad before being kept out to regain full fitness.

Hockey India selectors have retained Manpreet Singh as the captain of the 18-member squad, while Chinglensana Singh has been named his deputy.

With PR Sreejesh yet to regain match fitness, the Indian goalpost will be defended by custodians Akash Chikte and Suraj Karkera.

Junior World Cup stars Harmanpreet Singh, Varun Kumar and Dipsan Tirkey, who have had promising outings in Europe and Asia Cup too, find themselves in the squad for the season finale.

In one of the best comeback stories of the year, Odisha-lad Amit Rohidas, who had a fantastic outing in 2017 Hockey India League, made his return to the team.

The team boasts of a strong forward-line in experienced SV Sunil, Akashdeep Singh, Gurjant Singh, who had a promising Asia Cup, Lalit Upadhyay and 22-year-old Mandeep Singh, who also returned after being rested from the Asia Cup.

India are grouped with Australia, England and Germany in Pool B and will begin their campaign on the opening day against defending champions Australia.

India coach Sjoerd Marijne was happy with the balance of the team.

"I think this is a great mix and would especially like to see how the youngsters soak up the pressure of playing against higher ranked teams in the world. We will have to play every match like it is the final and will have absolutely no room to make errors if we want to see ourselves on the podium," Marijne said.

The coach was particularly delighted to see the return of some senior players, who according to him, will add value to the team.

"It is good to have Rupinder, who brings great experience, as well as Birendra back in the team. Both are 100 per cent fit and eager to wear the India colours again," stated the 43-year-old Marijne.

"Amit was called-in as a replacement for Kothajit who had a hamstring injury just before we left for the Asia Cup. He flew in directly from Australia where he had played the Australian Hockey League for India 'A' team and he grabbed the opportunity with both hands," stated the Dutchman.

"We have five players in defence who can drag and have been putting in extra hours for penalty corner training which is great for the team," Marijne said.