Watch: On This Day In 2004, Zlatan Ibrahimovic Scored This Sensational Solo Goal

Zlatan Ibrahimovic scored one of his all-time greatest goals for Ajax against NAC Breda on this day in 2004. 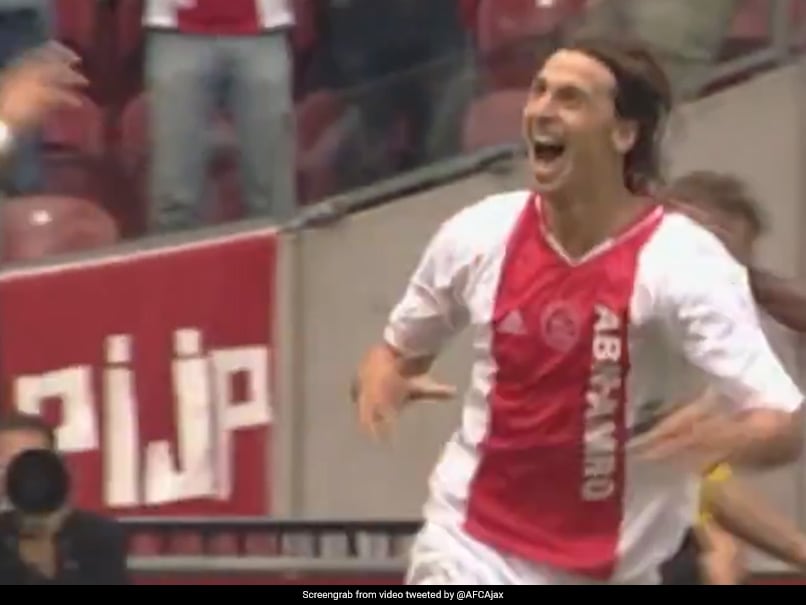 Swedish superstar Zlatan Ibrahimovic has scored several great goals in his illustrious career. However, it was on this day in 2004, that he scored the goal that first thrust him into the limelight. Playing for AFC Ajax against NAC Breda, Ibrahimovic turned heads - of both spectators and defenders - as he went on a slaloming run before finding the back of the net with an ice-cool finish. Receiving the ball in the opposition half but with his back to the goal, Ibrahimovic beat his marker and another defender as he turned towards goal. He then twisted and turned, leaving three defenders scrambling, sold a dummy to the goalkeeper to get him on the ground and coolly slotted the ball home.

Ibrahimovic scored 35 goals in 74 games for Ajax, before moving to Juventus.

He then went on to play for Inter Milan, FC Barcelona, and AC Milan, before going to Paris Saint-Germain.

He was in lethal touch for PSG, scoring 113 goals in 122 appearances.

His exploits with the French club saw him earn a move to Manchester United, but he moved on to the US after two years.

After a season with LA Galaxy, Ibrahimovic returned to European top-flight football with AC Milan.

Ibrahimovic made his debut for Sweden in 2001 and has represented his national team 118 times, during which he has found the back of the net on 62 occasions.