Sweden's Zlatan Ibrahimovic Out Of Euro 2020 With Knee Injury

Sweden international Zlatan Ibrahimovic has been ruled out of Euro 2020 with a knee injury, the Swedish Football Association confirmed on Saturday. 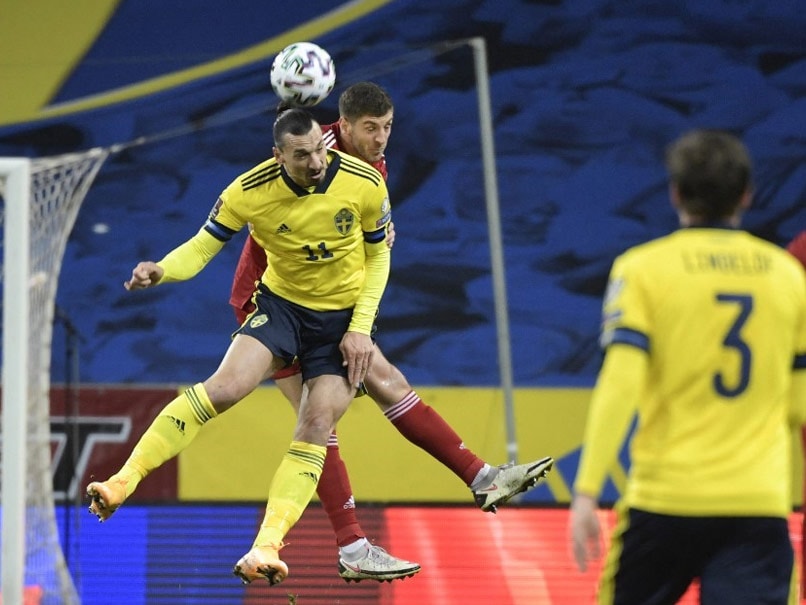 Zlatan Ibrahimovic has 62 goals from 118 appearances for Sweden.© AFP

"I have spoken to Zlatan Ibrahimovic who unfortunately has told me that his injury will stop his participation in the European Championship this summer," Sweden team coach Janne Andersson said in a statement.

"Of course this feels sad, most of all for Zlatan but, also for us," Andersson added.

The 39-year-old forward returned to his national side last March nearly five years after his international farewell.

Sweden open their Euro 2020 campaign against Spain in Seville on June 14, before further Group E games against Slovakia four days later and Poland in Saint-Petersburg on the 23rd.

Ibrahimovic's treatment would last until June 26 at least.

The veteran forward injured his knee during a 3-0 win over Juventus, and will miss his club's last two league games as they target a return to the Champions League for the first time since 2014.

"We have received the best news we could have, the problem does not affect the ligament," Milan coach Stefano Pioli told a press conference before the team's league game against Cagliari.

"Conservative treatment will allow Zlatan to return to 100 percent next season. After the (medical) consultation he too was certainly more serene."

Ibrahimovic has 62 goals from 118 appearances for Sweden but has only scored once for Milan since February after missing games through injury and suspension.

He recently signed a contract extension until June 2022 and has netted 17 times in all competitions for the club.

Ibrahimovic started his career in Malmo in 1999, going on to play for Ajax, Juventus, both Milan clubs, Barcelona, Paris Saint-Germain and Manchester United.

In Milan, 'Ibra' has returned to form and even seems to have turned the clock back, regularly comparing himself to a fictional character who gets younger over time.

His return to Milan 10 years after his first passage where he helped them win their last Serie A title in 2011 had been greeted with some scepticism.

But he has proved to be a rock at the former seven-time European champions and a mentor for the club's young players.

He scored 15 goals in 17 league matches and overtaken the bar of 500 club goals scored.

AC Milan
Get the latest updates on ICC T20 Worldcup 2022, check out the Schedule and Live Score. Like us on Facebook or follow us on Twitter for more sports updates. You can also download the NDTV Cricket app for Android or iOS.