Neymar's returning form will be a key factor for the team, which lost influential right-back Dani Alves to a knee injury last week. 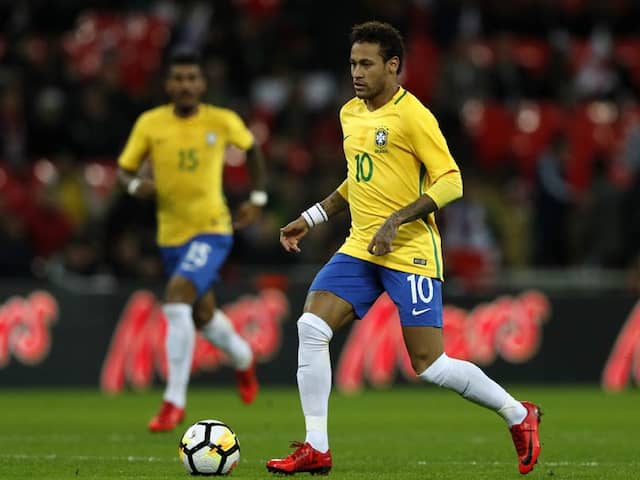 Striker Neymar, who hasn't played a game since breaking his foot in February, was named Monday as the star of the Brazilian national team which will seek a record sixth World Cup out in Russia. Coach Tite announced the team list at a press conference in Rio de Janeiro. Neymar's returning form will be a key factor for the team, which lost influential right-back Dani Alves to a knee injury last week. Tite's 23-man squad, which was without major surprises, sees Alves replaced by Danilo (Manchester City) and Fagner, whom Tite knows from his time at the helm of Corinthians' 2015 national championship-winning team. Fagner is currently carrying an injury of his own but has been cleared by team doctor Rodrigo Lasmar to play in Russia.

After sweeping aside South American opponents in the World Cup qualifiers, Brazil are seen as one of the favourites at the World Cup. Their campaign begins against Switzerland on June 17.

Comments
Topics mentioned in this article
Brazil Neymar Roberto Firmino Philippe Coutinho Marcelo Football
Get the latest Cricket news, check out the India cricket schedule, Cricket live score . Like us on Facebook or follow us on Twitter for more sports updates. You can also download the NDTV Cricket app for Android or iOS.