Liverpool defeated Manchester United F.C 2-0 in the first leg of the Europa League clash while Tottenham Hotspur suffered a 3-0 defeat against Borussia Dortmund. 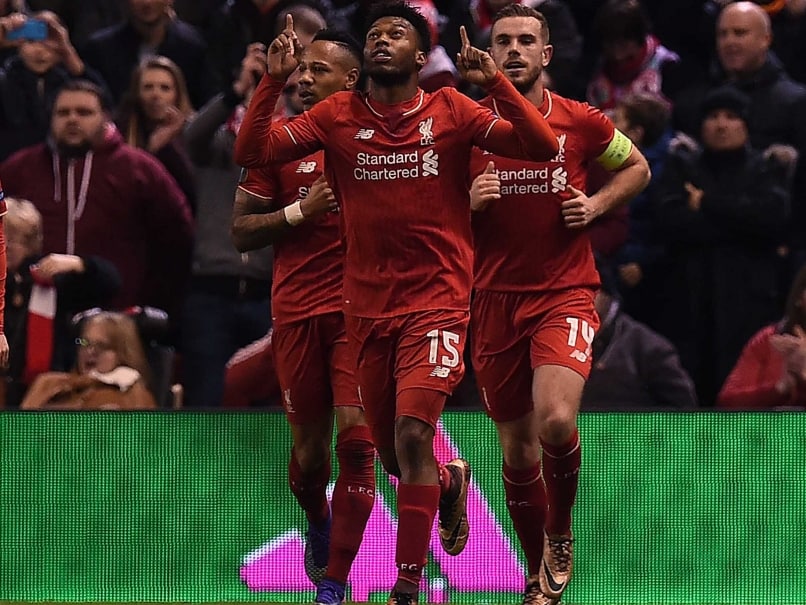 Daniel Sturridge - from a penalty - and Roberto Firmino found a way past De Gea to make Liverpool a strong favorite to advance after next week's return leg, as United's players failed to handle a white-hot atmosphere at Anfield and Liverpool's fierce pressing game.

Borussia Dortmund was the biggest winner in the first legs, justifying its tag as competition favorite with a 3-0 win over a weakened Tottenham team. Other sides with a clear advantage were Shakhtar Donetsk, which beat Anderlecht 3-1, and Villarreal, which defeated Bayer Leverkusen 2-0 at home.

Winning the Europa League was seen as United's best chance to qualify for next season's Champions League, having slumped to sixth place in the Premier League, but even the quarterfinals may be out of reach following another sobering loss for its manager Louis van Gaal.

Feeding off the crowd on another memorable European night at Anfield, Liverpool swarmed all over United with its aggressive pressing and should have won by more in the first European meeting between England's two most successful clubs.

"We could not cope with their pressure," Van Gaal said.

Regularly forced into defensive duties, United forward Memphis Depay gave away the penalty in the 19th minute - felling Nathaniel Clyne as he tracked the Liverpool defender into the area. De Gea guessed the right way but Sturridge's penalty went above the goalkeeper. 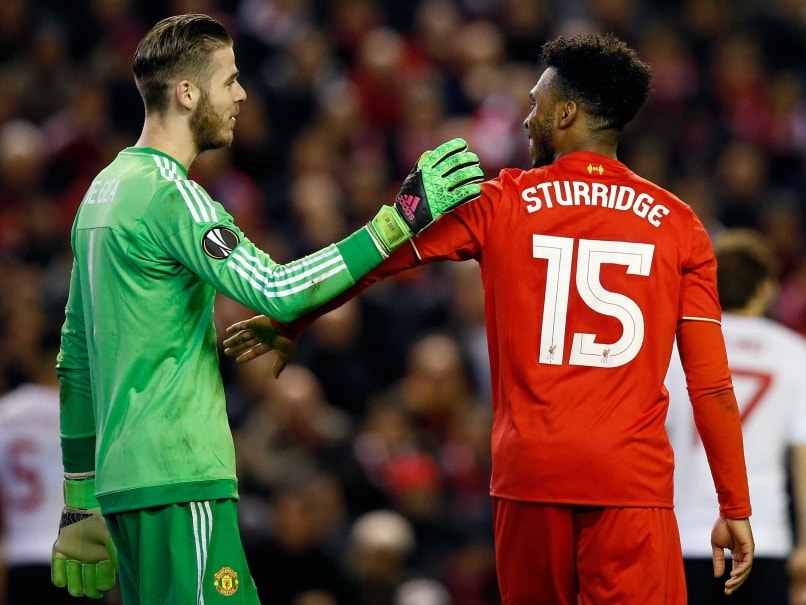 David de Gea had a good game despite conceding two goals as he saved some late strikes from Liverpool F.C.

De Gea scrambled to save from Philippe Coutinho and stayed big to block Sturridge's close-range effort and then Adam Lallana's instinctive volley. More saves off Coutinho and Clyne followed before substitute Michael Carrick inexplicably failed to clear a cross into the box, instead popping the ball into the path of Lallana.

He squared the ball to the in-form Firmino, who beat De Gea from close range in the 73rd.

"The atmosphere tonight, I'll never forget it. It was unbelievable," Liverpool manager Juergen Klopp said. "That was Liverpool how I knew it before I came here."

Van Gaal rarely praises individuals but picked out De Gea for his performance, adding: "Liverpool deserved the goals, but how the goals (came) were cheap."

"You have to believe in anything," Van Gaal said, looking to the second leg, "If we can create an atmosphere that Liverpool has done, then everything is possible."

Liverpool avoided what would have been an unprecedented fifth straight loss to United.

In contention to win the English league for the first time since 1961, Spurs rested key players against Dortmund - including top scorer Harry Kane and defensive midfielder Eric Dier - and paid the price by being overwhelmed in Germany.

Pierre-Emerick Aubameyang's headed opener - his 33rd goal of the season - was followed by a second-half double from Germany forward Marco Reus. Dortmund, like Liverpool, should have won by more.

Cedric Bakambu scored both of the goals for Villarreal, one of four Spanish teams in the last 16. Leverkusen midfielder Christoph Kramer, who was substituted in the 2014 World Cup final with a head injury and later said he couldn't remember that match, was carried off the field with an apparent concussion after getting hit in the head by a ball.

In other games, Athletic Bilbao beat Valencia 1-0 in an all-Spanish match, Fenerbahce won 1-0 at home to Braga, and defending champion Sevilla drew 0-0 at Basel - where this season's final is being played. Sparta Prague and Lazio drew 1-1.

Comments
Topics mentioned in this article
Borussia Dortmund Manchester United Liverpool Football
Get the latest updates on ICC T20 Worldcup 2022 and CWG 2022 check out the Schedule, Live Score and Medals Tally. Like us on Facebook or follow us on Twitter for more sports updates. You can also download the NDTV Cricket app for Android or iOS.