Detained Ronaldinho "Did Not Know" Passport Was Fake, Says Lawyer

Ronaldinho and his brother Roberto, who was detained with him, spent their third night behind bars in Paraguay's capital on Sunday. 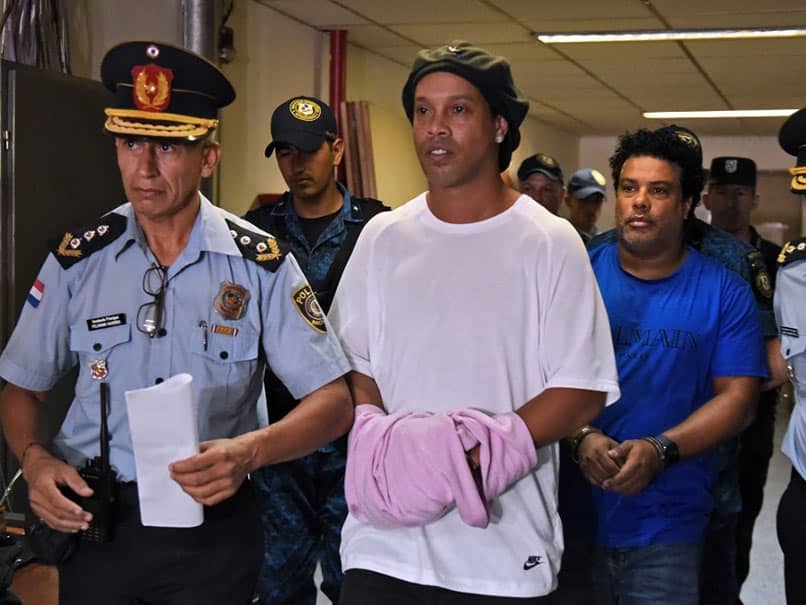 Ronaldinho said the passports had been given him by people who had invited him.© AFP

Brazilian football legend Ronaldinho did not deliberately use a fake passport and should be released by authorities in Paraguay, his lawyer said. The two-time world player of the year and his brother Roberto, who was detained with him, spent their third night behind bars in the capital Asuncion on Sunday after using forged travel documents to enter the country. Their Brazilian lawyer Sergio Queiroz said he would ask for the pair to be released and allowed to return to their home country when they next appear before a judge on Monday.

"Ronaldinho did not commit a crime because he did not know that the passport they gave him was fake," he said.

Queiroz said that prosecutors had agreed that the star Brazilian footballer had acted in good faith and the decision by a judge to order their detention was unwarranted.

Ronaldinho, considered one of the greatest footballers of all time, was the star of Brazil's 2002 FIFA World Cup win and played for Paris Saint-Germain (PSG), AC Milan and Barcelona, among other clubs.

He and his brother arrived in Asuncion from Brazil on Wednesday and showed their passports to immigration police, who did not immediately notice any problem with the documents.

Hours later, when the passports were determined to be fake, investigators raided the room Ronaldinho was staying in and seized the brothers' identity cards and travel documents.

Ronaldinho said the passports had been given him by people who had invited him to attend conferences sponsored by charities working with disadvantaged children.

Barcelona Ronaldinho Gaucho Football
Get the latest updates on India vs Australia Series, check out the India vs Australia Schedule for 2020-21 and Ind vs Aus live score . Like us on Facebook or follow us on Twitter for more sports updates. You can also download the NDTV Cricket app for Android or iOS.