Ronaldinho and his brother's lawyer, Adolfo Marin, said he did not understand why they had been arrested. 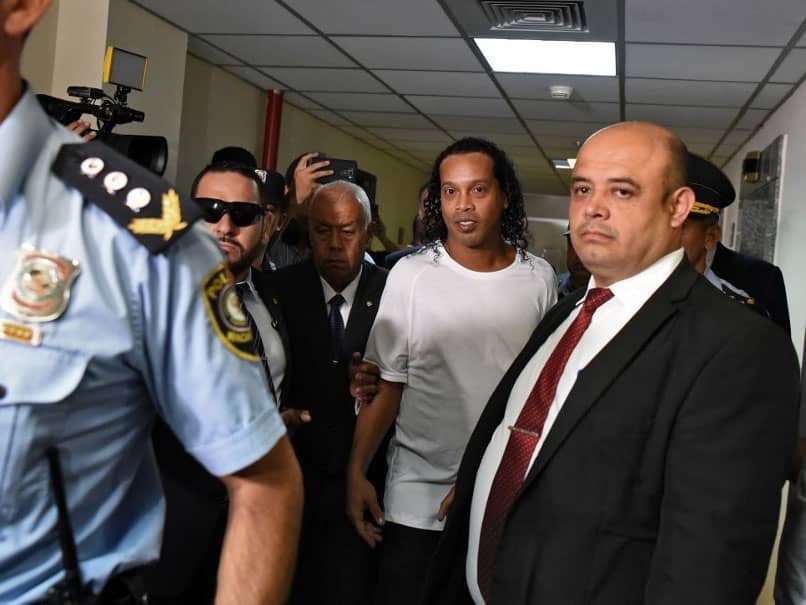 Former Brazilian football star Ronaldinho and his brother were arrested Friday in Asuncion, Paraguay's public ministry said, after entering the country on fake passports. "The Attorney General's office issued a warrant for their arrest, charged the player Ronaldinho with using a public document with false content and requested preventative detention," the ministry tweeted. Ronaldinho and his brother Roberto de Assis Moreira had finished a court appearance and left the Palace of Justice Friday night at 8:15 pm (2315 GMT).

However, less than two hours later, they got into a closed van at the National Police headquarters.

The brothers' lawyer, Adolfo Marin, said he did not understand why they had been arrested.

"We don't know under what authority they were arrested," Marin told reporters.

The brothers had been questioned for more than seven hours on Thursday by the public prosecutor in Asuncion.

Prosecutor Federico Delfino said he had decided not to pursue charges against the pair, as they "contributed relevant information to the investigation" and were acting in "good faith" in receiving the falsified Paraguayan documents.

Ronaldinho had been invited to the Paraguayan capital by a foundation for needy children, and to promote his new book.

The former two-time world player of the year and his brother were detained on Wednesday at their hotel.

Their fake documents were detected upon arrival at the Asuncion international airport, according to Delfino.

According to the inspector leading the investigation, Ronaldinho was given a fake passport by Brazilian businessman Wilmondes Sousa Lira, who has been arrested.

Brazil Ronaldinho Gaucho Football
Get the latest updates on IPL 2021, IPL Points Table , IPL Schedule 2021 , live score . Like us on Facebook or follow us on Twitter for more sports updates. You can also download the NDTV Cricket app for Android or iOS.