Ronaldinho, Brother Not To Face Prosecution For Fake Passports

According to the inspector leading the investigation Gilberto Fleitas, Ronaldinho was given a fake passport by Brazilian businessman Wilmondes Sousa Lira, who has been arrested. 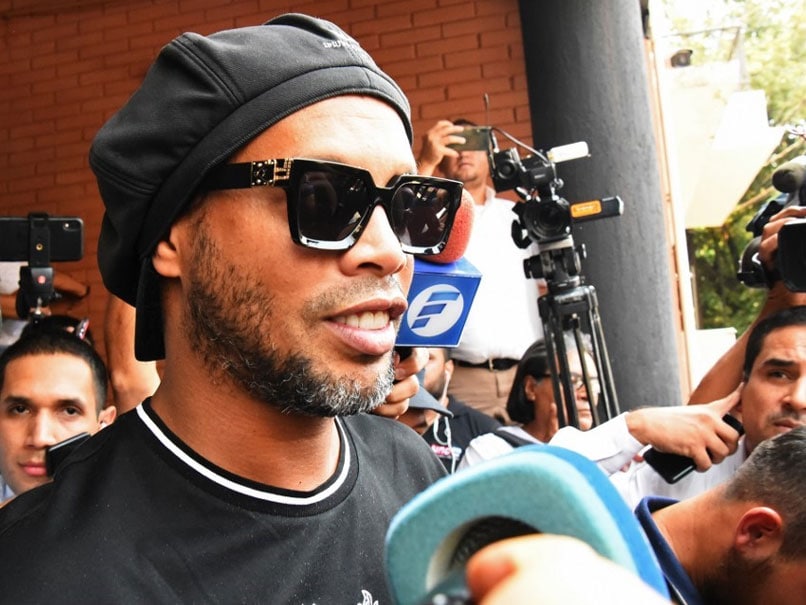 Ronaldinho and his brother will not face prosecution for travelling to Paraguay on false documents.© AFP

"We have proceeded to charge several people," Delfino told the press.

"Ronaldinho and his brother Roberto contributed relevant information to the investigation" and were then removed from the case.

The brothers were acting in "good faith" in receiving the falsified Paraguayan documents, he said.

"The information that they provided is very useful in disrupting a criminal organization dedicated to the production of false documents," he said.

Brazilian authorities withdrew Ronaldinho's passport in November 2018 after he failed to pay a $2.5 million fine for environmental damage incurred during the building of a property in Porto Alegre, in southern Brazil.

The World Cup winner and his brother were questioned for more than seven hours by the public prosecutor in Asuncion.

Ronaldinho had been invited to the Paraguayan capital by a foundation for needy children, and to promote his new book.

The 39-year-old and his brother went to the prosecutor's office in the morning alongside Paraguayan lawyer Adolfo Marin.

"They decided voluntarily to stay and submit themselves to the public prosecutor's investigations," said Marin.

According to the inspector leading the investigation Gilberto Fleitas, Ronaldinho was given a fake passport by Brazilian businessman Wilmondes Sousa Lira, who has been arrested.

Marin said Ronaldinho had told the public prosecutor that the documents in question were given to him a month ago in Brazil.

Former two-time world player of the year Ronaldinho and his brother were detained on Wednesday at their hotel.

Their fake documents were detected upon arrival at the Asuncion international airport, according to Delfino.

However, Marin insisted that Ronaldinho had traveled with his own documents and was not subject to travel restrictions.

Marin added that the two Brazilians faced no restrictions on their movements in Asuncion.

"As an authority, we couldn't ignore this irregularity," he said, adding that those who allowed Ronaldinho into the country would also be investigated.

Comments
Topics mentioned in this article
Ronaldinho Gaucho Football
Get the latest updates on ICC T20 Worldcup 2022, check out the Schedule and Live Score. Like us on Facebook or follow us on Twitter for more sports updates. You can also download the NDTV Cricket app for Android or iOS.