The former Brazil and Barcelona superstar Ronaldinho has categorically denied that he is marrying two women at the same time. 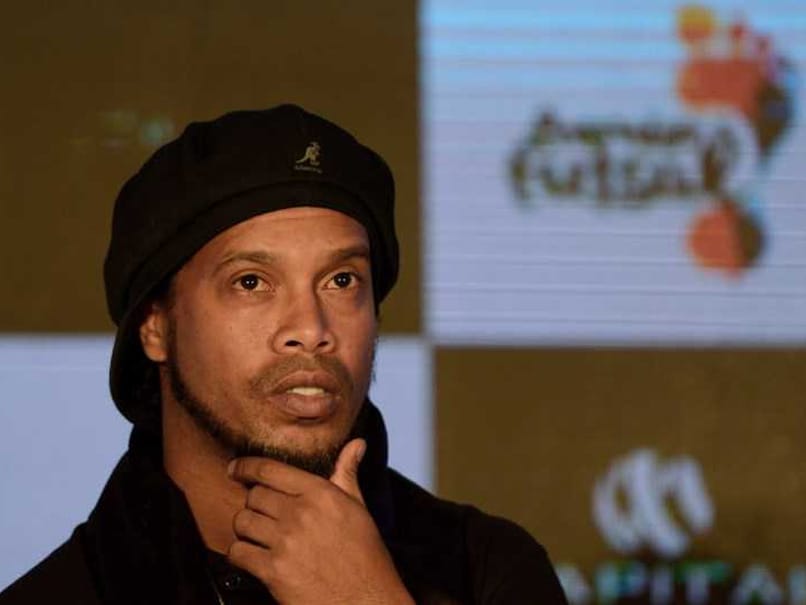 Ronaldinho has represented Brazil in 97 matches and scored 33 goals.© AFP

Former Brazilian footballing superstar Ronaldinho has categorically denied that he is getting married to his two girlfriends Priscilla Coelho and Beatriz Souza together. "The whole world is calling me. I’m not going to get married, it is the biggest lie," Ronaldinho said in an interview to the SporTV television channel, a day after the reports of his double marriage cropped up.

As per reports in Brazil's O Dia newspaper, Ronaldinho was supposed to marry the two women at a private ceremony in Rio.

Ronaldinho, who is a former World Player of the Year, proposed to both girls for marriage in January last year. He also gave them engagement rings, the newspaper said.

As per the reports, Ronaldinho also gave an allowance of around 1,500 pounds as pocket money to Priscilla and Beatriz.

The former Barcelona star even buys same presents for both girls, the reports added.

One of the best players of his generation, Ronaldinho has won two FIFA World Player of the Year awards and a Ballon d'Or.

Ronaldinho has represented Brazil in 97 matches and scored 33 goals. He has played two FIFA World Cups for his country. He was an integral part of the 2002 World Cup-winning Brazil team.

He made his senior team debut with Brazilian football club Gremio in 1998. He stayed at the club till 2001 before moving to Paris Saint-Germain (PSG) in 2001. In his three-year stint at PSG, Ronaldinho scored 17 goals in his 55 appearances for the French club.

In 2003, Ronaldinho was signed by Spain football giant Barcelona. The Brazilian played for Barcelona from 2003 to 2008 and scored 70 goals in his 145 appearances.

Comments
Topics mentioned in this article
Brazil Barcelona Ronaldinho Gaucho Football
Get the latest updates on IPL 2021, check out the IPL 2021 Schedule and Indian Premier League Live Score . Like us on Facebook or follow us on Twitter for more sports updates. You can also download the NDTV Cricket app for Android or iOS.