Virat Kohli scored the 23rd Test century of his career to put India in a winning position in the Trent Bridge Test. 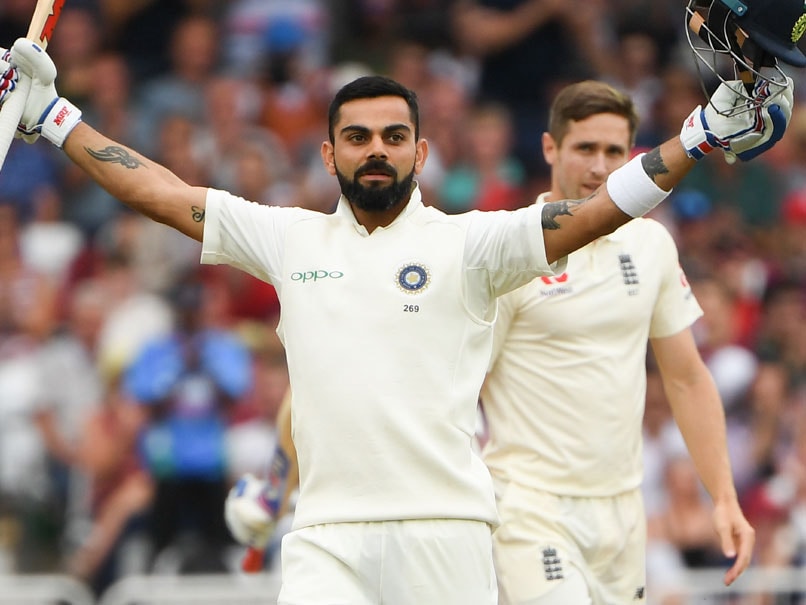 India captain Virat Kohli notched up his career's 23rd Test century to help India set a daunting 521-target against England on the third day of thethird Test at Trent Bridge in Nottingham on Monday. After reaching his century, Virat Kohli celebrated his milestone by blowing a kiss towards his wife and Bollywood actress Anushka Sharma. Anushka Sharma was also seen applauding her husband's feat in the stands and blowing flying kisses towards him.

Virat Kohli took 191 balls to reach his century. He hit 10 boundaries in his knock.

With 23 centuries under his belt, Kohli now has equalled Virender Sehwag (India), Kevin Pietersen (England), Justin Langer (Australia), Steve Smith (Australia) and Javed Miandad (Pakistan), who have 23 centuries each to their names.

The Indian captain has been magnificent form in the ongoing Test series. He scored 149 and 51 in the opening Test against England at the Edgbaston cricket ground.

He missed a century by just three runs in the first innings in Trent Bridge.

Virat Kohli England vs India, 2018 Cricket Trent Bridge, Nottingham
Get the latest updates on ICC T20 Worldcup 2022, check out the Schedule and Live Score. Like us on Facebook or follow us on Twitter for more sports updates. You can also download the NDTV Cricket app for Android or iOS.