For Latest Milestone, Look What Virat Kohli's UK Hotel Did For Him 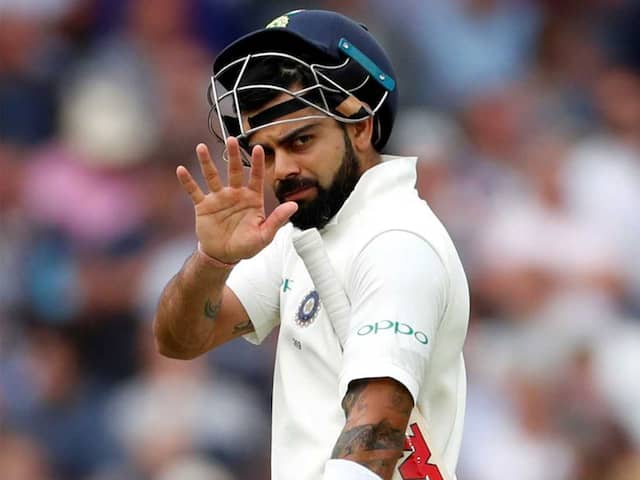 Virat Kohli became the second fastest Indian batsman to score 6,000 Test runs on Friday. He achieved the feat in the ongoing fourth Test against England in the 22nd over of India's first innings. However, little did the Indian skipper know there was a surprise waiting for him in the team hotel. The Southampton hotel that the Indian cricket team is staying in, won Kohli over by presenting him a cake to commemorate his achievement. The Indian skipper took to Twitter to post a picture of the cake and a message that read: "What a sweet gesture by the staff at the Harbour hotel in Southampton. Great Hospitality."

What a sweet gesture by the staff at the Harbour hotel in Southampton. Great Hospitality.pic.twitter.com/RenuAIOyiT

Kohli has been the standout performer with the bat in the ongoing five-match Test series between India and England.

The Indian skipper has been head and shoulders above the rest, having amassed 486 runs at an average of 69.43 in seven innings.

In the ongoing 4th Test at The Rose Bowl in Southampton, Kohli scored 46 in India's innings but was overshadowed by teammate Cheteshwar Pujara, who scored his 15th Test hundred (132 not out), to help India take a 27-run first innings lead.

England were bowled out for 246, having elected to bat first with Indian pacer Jasprit Bumrah accounting for three wickets. Sam Curran (78) and Moeen Ali (40) saved England's blushes with some rearguard action to help the hosts post a respectable total.

Virat Kohli England vs India, 2018 England vs India, 4th Test Cricket
Get the latest Cricket news, check out the India cricket schedule, Cricket live score . Like us on Facebook or follow us on Twitter for more sports updates. You can also download the NDTV Cricket app for Android or iOS.