Virat Kohli has been in great batting form during the Test series with England. 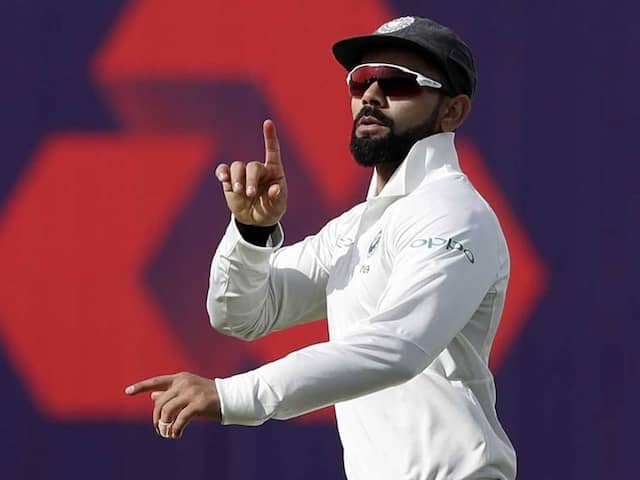 India captain Virat Kohli achieved yet another milestone after becoming the second-fastest Indian batsman to reach 6000 Test runs. He achieved this feat in the fourth Test against England in the 22nd over of India's first inning. This was his 70th Test and 119th inning. Virat Kohli was batting on 9 when reached the 6000-run mark. Former India captain Sunil Gavaskar leads the chart as he reached the figure in 65 Tests (117 innings). Kohli now takes the second spot while former India cricketer Virender Sehwag is third (72 Tests, 123 innings). Legends Rahul Dravid (73 Tests, 125 innings) and Sachin Tendulkar (76 Tests, 120 innings) occupy the fourth and fifth spot respectively.

The India captain is the second fastest from his country to the milestone behind Sunil Gavaskar! #ENGvIND #howzstat pic.twitter.com/Fzc9ZoUBHi

India are currently playing England in a 5-match Test series. The hosts are 2-1 up and India have started the fourth Test brightly with their pacers Jasprit Bumrah and Ishant Sharma stepping up for their team on the first day.

A disciplined bowling display by the Indian pacers helped India dismiss England for a modest 246 in their first innings. Sam Curran (78) and Moeen Ali (40) were crucial in steering England clear of danger after the hosts were reduced to 86/6.

India will aim to win this match after their stupendous performance in the third Test at Trent Bridge.

Rahul Dravid England vs India, 2018 England vs India, 4th Test Cricket
Get the latest updates on IPL 2020, check out the IPL Schedule for 2020 and Indian Premier League (IPL) Cricket live score . Like us on Facebook or follow us on Twitter for more sports updates. You can also download the NDTV Cricket app for Android or iOS.