Watch: Inspired By Shikhar Dhawan, Harbhajan Singh Gets David Llyod To Do Bhangra In Commentary Box

Shikhar Dhawan, egged on by The Oval crowd, broke into an impromptu bhangra and his dance moves even spilled over into the commentary box. 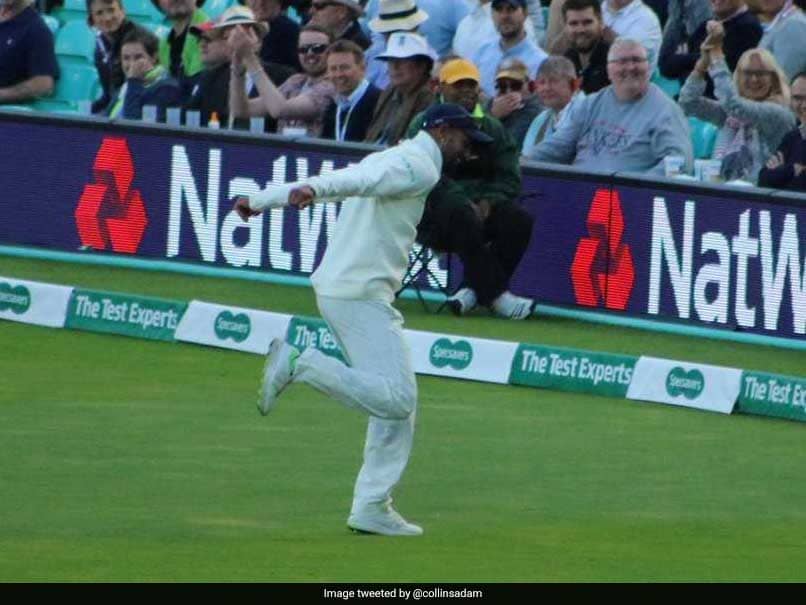 India were on the backfoot for much of Day 1 of the final Test against England being played at The Oval, London on Friday but a sterling show by the pacers in the final session saw the visitors claw their way back and take control of the fifth Test. At tea, the hosts were 123 for one but that quickly changed and by the end of the day's play, they had been reduced to 198 for seven. With the day almost at an end, the joy was clear to see on Indian faces, none more than that on Shikhar Dhawan, who egged on by a large Indian contingent at The Oval, broke into an impromptu bhangra. Dhawan's dance moves even spilled over into the commentary box with Harbhajan Singh showing his fellow English commentators the nuances of doing the bhangra.

#ENGvIND Another amazing day of Test Cricket at the Oval - we even got the legend @SDhawan25 to do some Bhangra to our Dhol. #COTIpic.twitter.com/fMKUnXfpdn

Former England cricketer David Llyod took it upon himself to copy Harbhajan's 'bhangra' moves in the commentary box, which made for hilarious viewing.

Cricket On but Bhangra Rules . Mr. Cool @SDhawan25 and Turbanator @harbhajan_singh showing some Punjabi moves #IndiavsEngland @BCCI @ICC @ECB_cricket should add Bhangra to every test match to spice it up :-) #PataudiTrophy2018 pic.twitter.com/i1vlN4TBVk

Alastair Cook marked his final Test appearance with a fifty before India's Jasprit Bumrah sparked an England collapse on the opening day.

England only lost one wicket before tea and were making steady, if slow, progress at 131 for one on the first day of the fifth Test.

But Cook's exit for 71 sparked a slump that saw six wickets lost for 48 runs, with England captain Joe Root, Jonny Bairstow and Sam Curran all out for noughts.

At stumps, England were 198 for seven, with Ishant Sharma taking three for 28 in a miserly 22 overs and fellow pacer Bumrah two for 41 in 21 that included two wickets in four balls.

England have already won the five-match series after a 60-run victory at Southampton gave them a 3-1 lead.