Alastair Cook announced his retirement from international cricket after the India series. 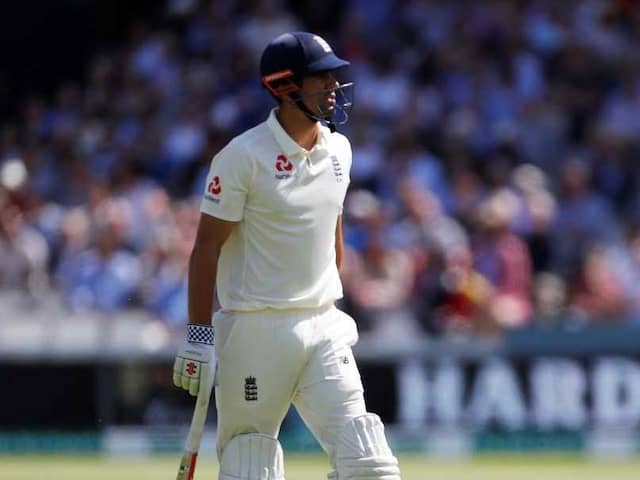 The England cricket selectors on Tuesday named a 13-man squad for the fifth and final Test against India at Kennington Oval, London. Chris Woakes and Ollie Pope have been included in the England squad for the final Test against India as Alastair Cook prepares for his international farewell. Pope will play for Surrey in the first two days of the County Championship Division One match against Essex and will join the rest of the Test squad on September 6.

England's squad is the same that faced India in the fourth Test apart from the additions of Woakes and Pope. It offers few clues as to the long-term direction of the batting order once Cook departs. Who plays as wicket-keeper remains uncertain, with Jos Buttler having stepped into the role in Southampton given Jonny Bairstow was struggling with a broken finger.

With the Test series already in the bag, England will hope to win the final Test as well, giving Alastair Cook a perfect farewell gift.

The 33-year-old, who announced his retirement plan on Monday, has scored an England record 12,254 runs, including 32 centuries, in his 160 Test matches.

Meanwhile, England coach Trevor Bayliss, earlier, said that he isn't sure about Moeen Ali's promotion to number 3 would be permanent or not and hinted it was possible for Root to revert to the role.

"Joe has always said he wants to bat at four. He understood where I was coming from that if we had a number three averaging 50 to allow him to bat at four, that would be handy. But I thought it was for the best of the team he batted at three," Bayliss further added.

England wrapped up a 3-1 series success with their 60-run victory in the fourth Test in Southampton.

England Cricket Team Alastair Cook England vs India, 2018 Cricket England vs India, 5th Test
Get the latest Cricket news, check out the India cricket schedule, Cricket live score . Like us on Facebook or follow us on Twitter for more sports updates. You can also download the NDTV Cricket app for Android or iOS.