Yuvraj Singh, The Comeback King, Does It Again

Yuvraj Singh on Friday was included in India's 15-member ODI and T20I teams for the series against England, starting on January 15 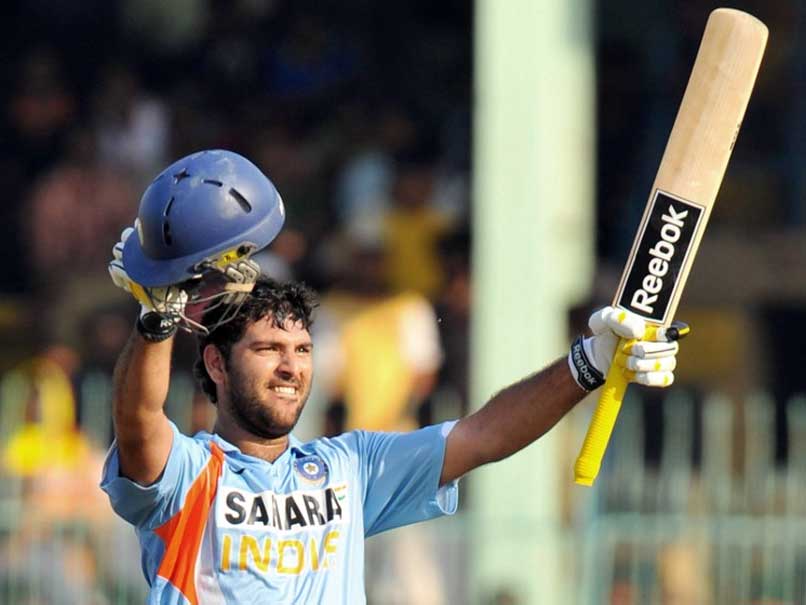 Yuvraj Singh has made a comeback to the India ODI team after a gap of three years.© AFP

Just when people thought that Yuvraj Singh's ODI career was done and dusted, the stylish left-hander has once again earned a call up to the India limited overs squad after a gap of three years.

Yuvraj on Friday was included in the 15-member ODI and T20I teams for the series against England, starting on January 15.

Praising Yuvraj, chairman of selectors MSK Prasad said that he played well in the domestic circuit and has been rewarded for his performances.

"We should appreciate how Yuvraj has played. He did extremely well in domestic cricket, which has been appreciated," Prasad said in the press briefing after the ODI and T20I teams to play England from January 15 were announced.

Yuvraj last played an ODI for India on December 11, 2013 against South Africa at Centurion while his last T20I appearance was on March 27, 2016 against Australia at Mohali in the World T20.

The Punjab batsman created waves in this season's Ranji Trophy, smashing 672 runs in five matches (eight innings) with a high score of 260. He averaged a whopping 84 and recorded two centuries and two half-centuries.

Yuvraj, 34, has seen it and conquered pretty much all in an international career that started as an 18-year-old in the 50-over ICC Knockout Trophy in 2000.

He played a starring role in India's triumph at the 2007 World T20 in South Africa and was also named player-of-the-tournament in the team's ODI World Cup win on home soil in 2011.

However, the highs of ending India's 28-year wait for the 50-over World Cup were quickly washed away with the shocking news of Yuvraj having a golf ball-sized non-malignant tumour in his lungs, which was later re-diagnosed as a cancerous condition called "mediastinal seminoma".

The world thought they had seen the last of Yuvraj on the cricket field but a year and a few months later, in September 2012, Yuvraj made his first comeback to the Indian team in a T20 against New Zealand in Chennai.

Many blamed that knock for sapping India's momentum and wrote off Yuvraj's international ambitions in the wake of the defeat.

But with good domestic performances, he was included in India's 2016 World T20 squad. An injury, in the Super 10 match against Australia ruled him out of India's semi-final match against the West Indies. And that was the last time he donned the blue of India.

Now he gets another shot at redemption and cricket fans across the world will hope for the best for Yuvraj.

Comments
Topics mentioned in this article
India Cricket Team England Cricket Team Yuvraj Singh Virat Kohli Cricket India vs England 2016
Get the latest updates on IPL Auction 2023 and check out  IPL 2023 and Live Cricket Score. Like us on Facebook or follow us on Twitter for more sports updates. You can also download the NDTV Cricket app for Android or iOS.