Virat Kohli will captain a 15-member Indian side for the ODIs, while also leading a 15-member squad for the T20I series against visitors England 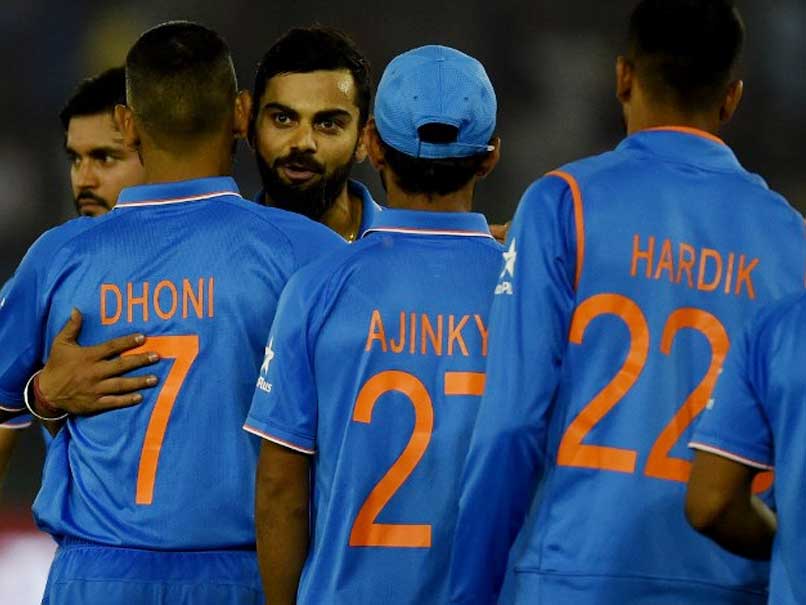 Virat Kohli will captain both the India ODI and T20I teams.© AFP

Virat Kohli will lead India in the upcoming ODI and T20I series against England, the BCCI selection committee announced on Friday, January 6.

Kohli will captain a 15-member Indian side for the ODIs, while also leading a 15-member squad for the T20I series against visitors England.

The right-handed batting talisman was handed the captain's role following MS Dhoni's decision to step down as skipper on Wednesday.

Among the most prominent selections, Yuvraj Singh has been named in both the ODI and T20I squads.

Earlier, the BCCI selection meet was postponed by almost three hours on Friday in Mumbai due to logistical reasons generated by the Supreme Court ruling, which made most Board of Control for Cricket in India officials ineligible.

The confusion started when former joint secretary Amitabh Choudhary asked CEO Rahul Johri as to why he has not been intimated about the meeting to pick the team for the limited-overs series against England as the BCCI constitution states that only he can convene the meeting.

The Lodha committee secretary Gopal Shankarnarayan in a clearly worded e-mail informed Johri that former joint secretary Amitabh Choudhary "stands disqualified" in the wake of SC order on January 2 and 3 and can't convene the selection meeting as secretary Ajay Shirke has also been sacked by apex court.

The e-mail sent by Shankarnarayan to Johri states: "The Committee is in receipt of your email. It is clarified that Mr. Amitabh Choudhary stands disqualified and is no longer the joint secretary of the BCCI or an office bearer of the BCCI or a State Association by virtue of the orders of the Supreme Court dated 2.1.2017 and 3.1.2017.

"As a result, he has no authority to interfere with the BCCI and it's functioning or with the directions of this Committee. Please proceed with the Selection Committee Meeting as scheduled," the email further states.

After a delay of one hour from the scheduled time, BCCI CEO Rahul Johri sent an e-mail to Shankarnarayan, intimating him about an e-mail from Amitabh Choudhary and seeking directive about the scheduled selection meeting.

"I have received an email from Mr. Amitabh Choudhary, the Joint Secretary of BCCI requesting that the said meetings be postponed till evening so that he can convene and attend the same.

Johri had informed the panel secretary that Choudhary is yet to complete nine years as an office-bearer in BCCI.

Comments
Topics mentioned in this article
Cricket India Cricket Team BCCI Virat Kohli MS Dhoni Yuvraj Singh India vs England 2016
Get the latest updates on SA vs IND 2021-22, check out the Schedule and Live Score . Like us on Facebook or follow us on Twitter for more sports updates. You can also download the NDTV Cricket app for Android or iOS.