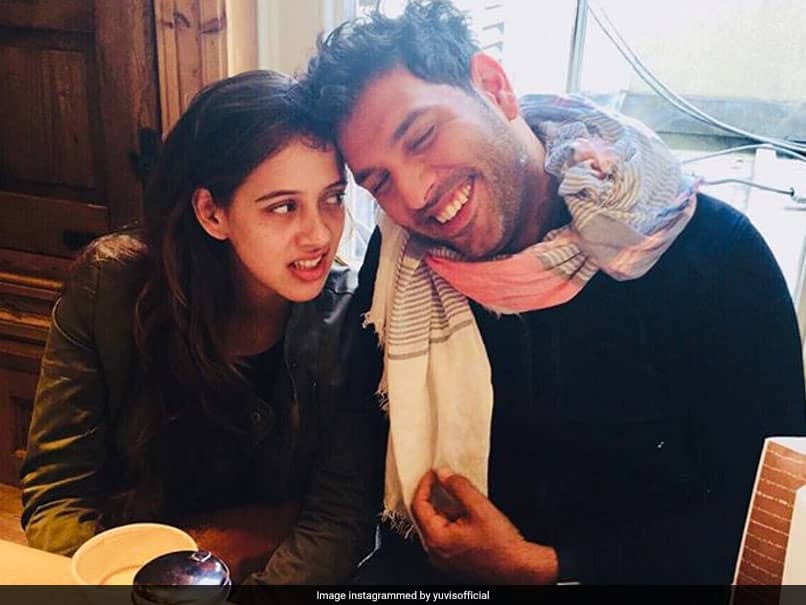 Yuvraj Singh had a poor outing with Punjab in the Ranji Trophy match against Delhi, where he got off the mark after 28 deliveries and later managed to score only 24 runs. The 36-year-old Yuvraj Singh however made sure his poor performance did not mar his second marriage anniversary celebration. The 2011 ICC Cricket World Cup, man of the series, took to Instagram to wish his wife Hazel Keech. Yuvraj also said that he "made it to 2 years" with Hazel by pulling each others leg and standing up for each other in good and bad times.

We made it to 2 years pulling each other's leg , standing up for each other in good and bad times !. Many more to go happy anniversary biwi @hazelkeechofficial

The all-rounder Yuvraj was earlier released by the Indian Premier League (IPL) franchise Kings XI Punjab (KXIP) while the Karnataka duo of KL Rahul and Karun Nair and captain Ravichandran Ashwin were among the retained players for the 12th edition of the lucrative tournament.

"The team would like to thank the players who have been released for their contributions and wishes them the very best for the future," a statement on KXIP's official website read. With the retention done, KXIP still have at least eight more spots to complete the squad, which will be addressed in the player auction ahead of the next season.

Yuvraj made his last appearance on the international circuit against the Windies in a One-Day International (ODI) match on June 30, 2017.

Since then, the middle-order batsman has struggled to find a way back in the Indian team. Yuvraj has played 40 Tests, 304 One-Day Internationals (ODIs) and 58 Twenty20 Internationals (T20Is) for the country.