Yuvraj Singh took to Instagram to post about the moment shared with his family where he can be seen having a good time. 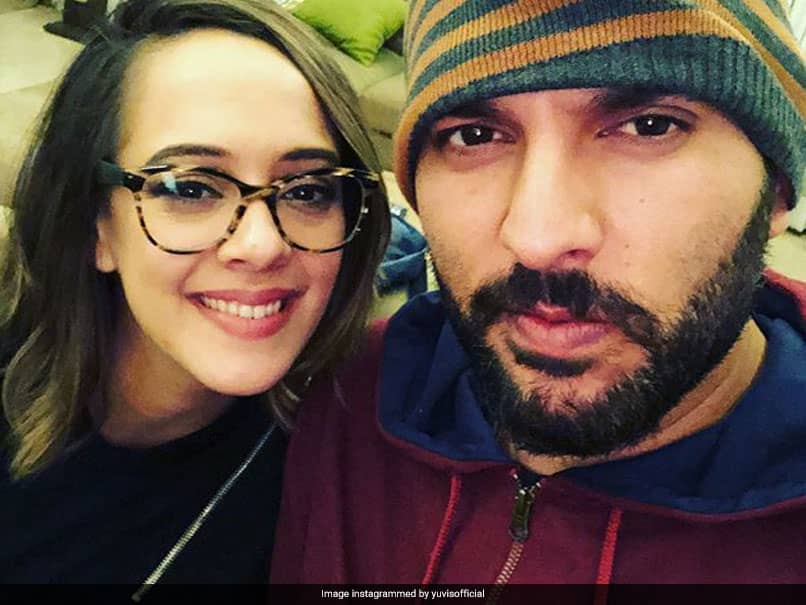 All-rounder Yuvraj Singh, who made his last appearance on the international circuit against the Windies in a One-Day International (ODI) match on June 30, 2017, is currently enjoying some quality time with his family. On Sunday, Yuvraj Singh took to Instagram to post about one such moment shared with his family where he can be seen having a good time with his mother Shabnam Singh and wife Hazel Keech. The 36-year-old Yuvraj Singh also praised Hazel Keech for making the evening special by saying, "To end the evening with another cake on mommy's face, good job @hazelkeechofficial."

#aboutlastnight ! To end the evening with another cake on mommy's face good job @hazelkeechofficial #familygoals

Yuvraj married the British-Mauritian model Hazel on November 30, 2016, and since then she has been spotted supporting him from the stands during the Indian Premier League (IPL).

Keech had opened up about the early troubles she faced with Yuvraj, precisely when he had resumed international cricket on a popular YouTube show Miss Field.

"We got married, and he had already started playing for the Indian team. So he had got picked for India again. We got married, had a honeymoon and boom...he was gone. And then, I really didn't see him for months," she said.