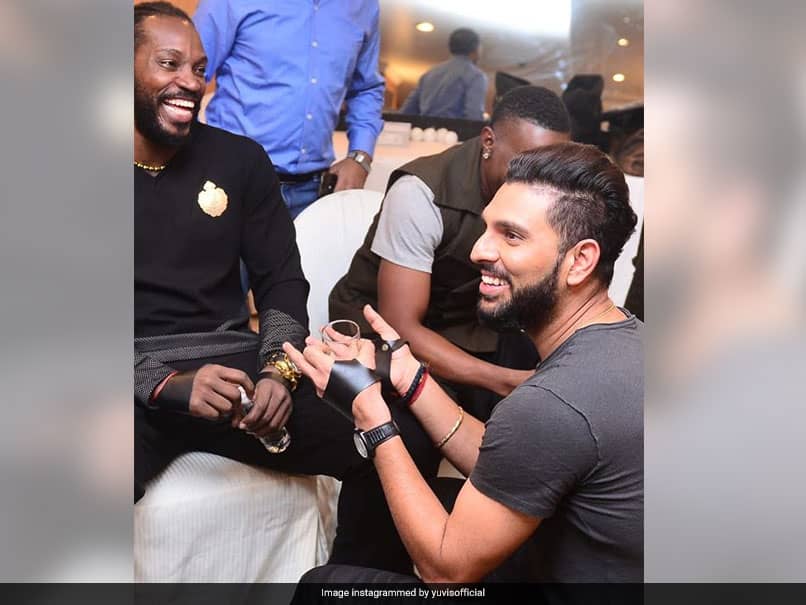 Stylish left-hander Yuvraj Singh and Jamaican star Chris Gayle are well-known for their clinical power-hitting. The duo, on their day, can thrash any bowler and pile on misery on the opposition. Yuvraj and Gayle donned the same red jersey while representing the Kings XI Punjab in the 2018 Indian Premier League (IPL). Since then, the duo's camaraderie off the field seems to have blossomed. Yuvraj, in particular, never misses a chance to poke fun at the West Indian superstar.

Kaka!!! what are you doing in mumbai ? I thought you were in Dubai @chrisgayle333

Gayle, on the other hand, laughed at the comparison made by Yuvraj. The Jamaican is currently representing the Balkh Legends in the Afghanistan Premier League 2018.

The 36-year-old Yuvraj, had recently wished Gayle on his 39th birthday saying, "Come on kaka move your legs youngster on your birthday @chrisgayle333".

Yuvraj is currently out of favour from the national side. He played his last match for India against the Windies on June 30, 2017 at the North Sound in Antigua.

Gayle will miss Windies' limited overs series against India after he opted out of the five-match series citing personal reasons.