Sachin Tendulkar was the first cricketer to score a double-century in One-Day Internationals exactly seven years ago. 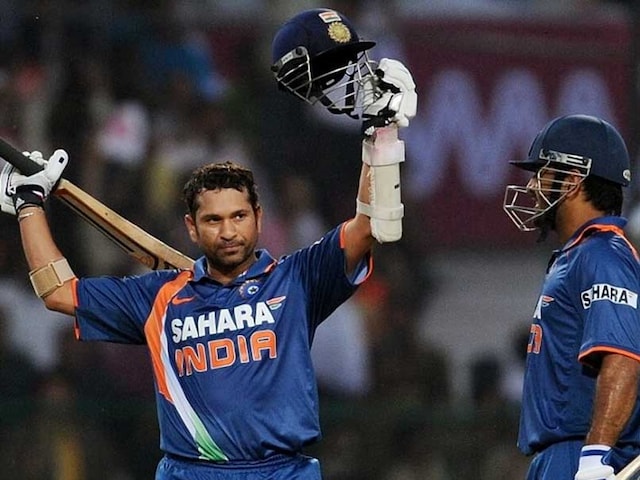 February 24, 2010. This date will be etched in memories of all Indian cricket fans because it was on this day exactly seven years ago that Sachin Tendulkar became the first man on the planet to score a double-century in One-Day International (ODI) cricket. Playing against South Africa at the Captain Roop Singh Stadium in Gwalior, the little master scored exactly 200 not out with India reaching a total of 401/3. In the end, India went on to clinch the match by 153 runs with Tendulkar being named the Man of the Match.

But did you know that Sachin Tendulkar could not sleep properly after scoring that massive double century?

"Back in the hotel, I was feeling really tired but, because of all the excitement, was unable to sleep. Lying awake in bed, I decided to check my phone and found that it was flooded with messages congratulating me and I spent two hours responding to them, a task that eventually took me two days to complete," Tendulkar, who played 200 Tests, has written in his autobiography 'Playing It My Way'.

"I was up early the next morning, too, but it didn't really matter, as I was heading home for a much-needed break after one of my best-ever seasons in international cricket."

The batting legend also revealed that he was feeling 'uneasy' in the massive hotel room, because of which he had to sleep with the bathroom lights on.

"I have to admit that there was another reason I could not sleep in Gwalior. The hotel authorities had very kindly given both Dhoni and me a suite each and these were located at a fair distance from the rooms of the rest of the team. My suite was enormous and even had a private swimming pool," Tendulkar has written.

"The bathroom was gigantic and was separated from the main living room by a glass door. Outside there were huge trees and at night, with the silk curtains fluttering in the breeze, I didn't find it the most comfortable room to sleep in. It was pitch dark outside and the size of the room, together with the unfamiliar sights and sounds around, made me seriously uneasy and I had to keep the bathroom lights on all night!"

India went on to win the three-match ODI series 2-1 against South Africa after drawing the two-game Test series 1-1.

After Tendulkar achieved the feat in 2010, four other batsmen have also scored double -centuries in ODIs.

Rohit Sharma, Martin Guptill, Virender Sehwag and Chris Gayle have all scored double-hundreds in the 50-over format with Sharma being the only one to achieve the feat twice. His 264 is the highest score in ODIs which he scored against Sri Lanka at the Eden Gardens in Kolkata in November 2014.