Trick shots and stunts have become a regular feature on social media as the coronavirus pandemic keeps people indoors. 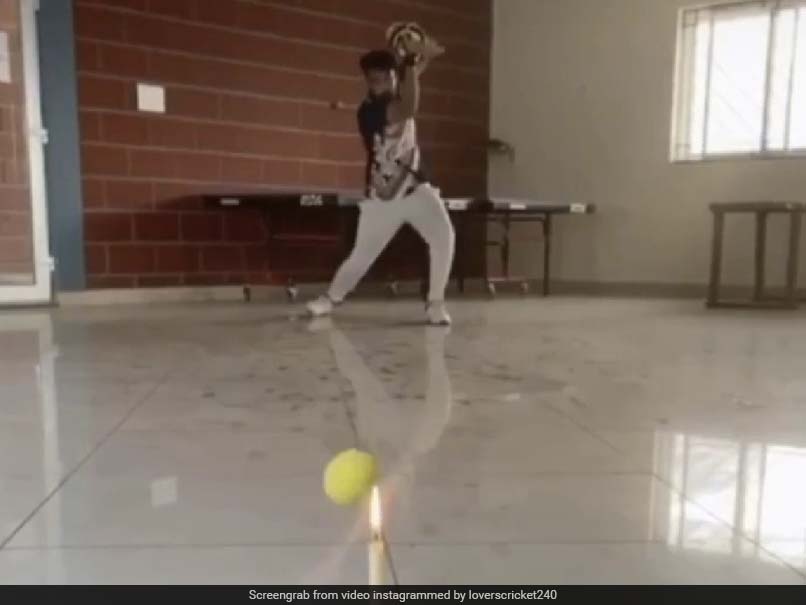 The cricket video of the man putting out the candle without dropping it has gone viral.© Instagram

Sports videos, shot at home, have become a staple on social media with most people continuing to stay indoors due to the coronavirus pandemic. Sports had to take a back seat during these difficult times and many stars and fans alike shared numerous trick-shot videos on their social media handles. With global sport beginning to emerge from the coronavirus-enforced break, the focus will be back on the professionals. But it seems the cricket-trick-shot-video madness isn't going away anytime soon and perhaps we just might have unearthed the best of the lot.

In the video, a man, wearing cricket gloves, hits a drive and manages to put out the thin candle without dropping it. Slow motion shows the tennis ball just about hitting the wick.

The precision of the shot got fans talking, with one even asking Australian cricketer David Warner to give it a try.

"@davidwarner31 I think you need to give this one a go mate!" wrote kivi_padarath.

Germany's Bundesliga became the first top European football league to restart with the Premier League, Serie A and La Liga set to follow suit this month. While football seems to be getting back to its feet, cricket still remains in the doldrums.

Australia and Sri Lanka have resumed outdoor training but uncertainty still remains over the future of massive tournaments like the Indian Premier League and the T20 World Cup.

The International Cricket Council (ICC) deferred a decision on the fate of this year's T20 World Cup in Australia till June 10 as it continued exploring contingency plans.

The World Cup is scheduled from October 18 to November 15 but there is intense speculation about the event being postponed due to the COVID-19 pandemic and the window being used by the currently suspended IPL.