Watch: This 'Switch' Bowling Action Is Taking The Internet By Storm

Unusual bowling actions have frequently been more in focus and controversy. 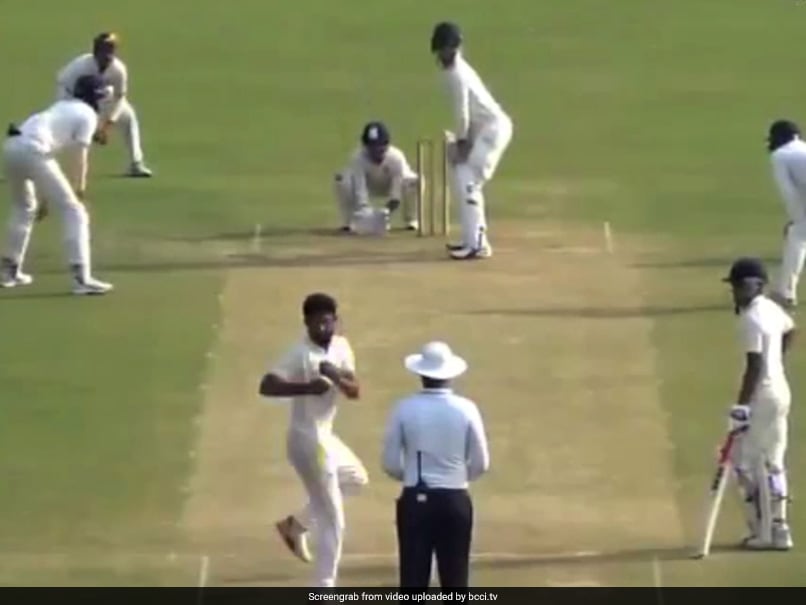 Some think it was a legitimate delivery while others agree with the umpire.© BCCI

The game of cricket, like everything else, is evolving with time. Players often try something new and if the rules of the game permit, it becomes the latest fashion. While batsmen are allowed to play some unusual shots like reverse scoops, helicopter shots and switch hits, there are a number of restrictions on the bowlers even in the modern-day game. In a latest video shared by the Board of Control for Cricket in India (BCCI) on their Facebook page, we can see a left-arm spin bowler taking a 360-degree spin before releasing the delivery and the umpire calling it a dead-ball. The bowler, however, did not switch arms. While ambidextrous bowlers are getting a lot of attention, this first of its kind bowling action might take some time to be accepted.

The video, which has got more than 15000 views, has the cricket fans on social media divided. Some think it was a legitimate delivery while others agree with the umpire.

Watch it and decide for yourself

Here are some interesting comments

Interestingly, a lot of unusual bowling actions were slammed before they became sensations.

Paul Adams might not have been a big name in the history of South African cricket but he was world-renowned for his weird yet effective action.

Shivil Kaushik caught everyone's attention after he made his IPL debut for the Gujarat Lions in 2016. Within few minutes, after delivering his first ball, Kaushik took the Internet by storm.

Team India's pacer Jasprit Bumrah's bowling action also came under the scanner in his initial days. With an abnormal, unorthodox action and natural pace, he is now the No.1 ODI bowler in ICC rankings.