Watch: Australian Batter Hits Boundary With Unique Shot Using Back Of The Bat

Australian batter Jake Lehmann played an innovative scoop using the back of his bat in the Marsh Cup. 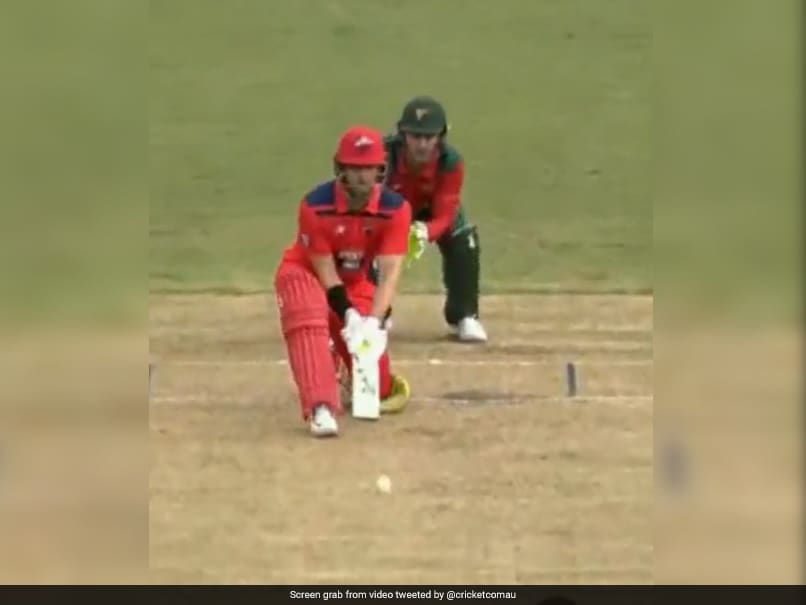 Jake Lehmann plays a scoop with the back of his bat.© Twitter

As the T20 format has grown into prominence, the evolution of cricket has been rather rapid, especially when it comes to batters improvising to develop new shots as they look to open up more scoring areas. From switch-hits to reverse-scoops and lap shots, several shots that would be considered unorthodox - and maybe even shocking - not too long ago, are now considered completely normal. On Wednesday, Australian batter Jake Lehmann took the improvisation up a notch as he hit a boundary with a scoop using the back of his bat.

Yes, you read that right. During a match in the Marsh Cup - Australia's domestic List A tournament - South Australia's Lehmann was facing Tasmania's off-spinner Jarrod Freeman. Freeman angled the ball into the left-hander and Lehmann got down before scooping the ball over the wicketkeeper's head with the back of his bat.

We're going to need a name for this shot!

Jake Lehmann goes over the keeper with the BACK of his bat! #MarshCup pic.twitter.com/SP8Lqs5R0N

Lehmann scored 34 off 35 deliveries as South Australia were bowled out for 220. Alex Carey top-scored for the team with his 59-run knock and none of the other batters could really make an impact.

Seamer Tom Rogers did the majority of the damage with the ball for Tasmania, picking up five wickets for just 32 runs.

The total was not nearly enough to challenge Tasmania, who won the match on a canter.

An opening partnership of 198 runs between Ben McDermott and Caleb Jewell all but sealed the win for Tasmania.

While McDermott fell for 71 off 90 to Benjamen Manenti, Jewell went on to smash an unbeaten 126 off 97 deliveries as they completed the chase in 32.5 overs and won the match by eight wickets.