Virat Kohli was named the leading cricketer of the year for the third consecutive year. 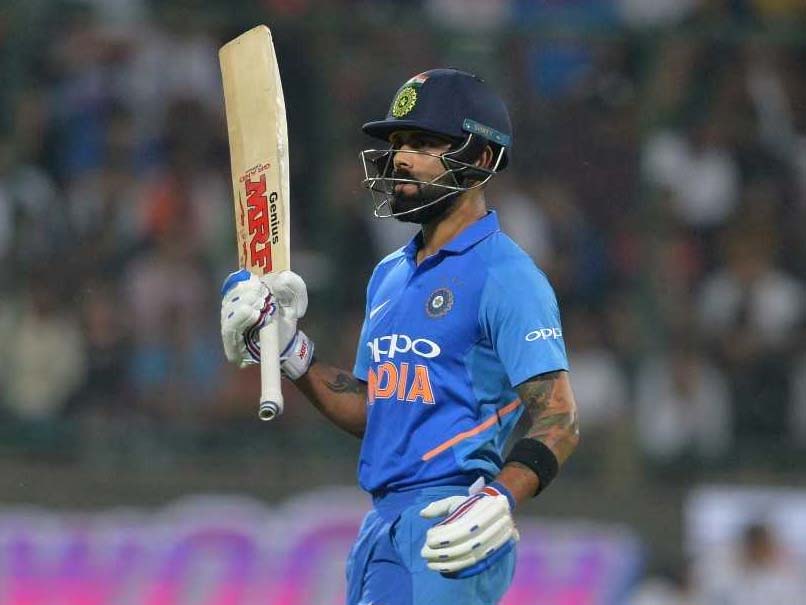 Virat Kohli scored 2,735 runs across the international formats in 2018.© AFP

Virat Kohli and Smriti Mandhana, the top scorer in women's One-day Internationals (ODIs) and Twenty20 Internationals (T20Is) since the start of last year, have been named Wisden's Leading Cricketers of the year 2018. Tammy Beaumont, Rory Burns, Jos Buttler and Sam Curran were also chosen alongside Virat Kohli by the Wisden Cricketers' Almanack as the five Cricketers of the Year for their performances last year. The winners were announced with the release of the 156th edition of the Wisden Cricketers' Almanack on Wednesday. The Almanack was first introduced in 1889 to recognise excellence of players who have performed in England during the previous summer.

"Despite finishing on the losing side, India captain Virat Kohli shone with the bat, laying to rest his struggles in England in 2014 by scoring a magnificent 593 runs in five Tests, a full 244 more than his nearest rival on either side," the Almanack read.

"Virat Kohli wins (Leading Cricketer of the Year) for an unprecedented third year in a row, scoring 2,735 runs across the international formats - more than 700 clear of Joe Root in second place. His Test batting, especially in England, was magnificent, while his 50-over form moved to a new level - if that was possible," it added.

Afghanistan's Rashid Khan was named the Leading Twenty20 Cricketer of the Year for the second year running.

Jos Buttler Sam Curran Cricket
Get the latest updates on IND vs NZ 2021, check out the Schedule and Live Score . Like us on Facebook or follow us on Twitter for more sports updates. You can also download the NDTV Cricket app for Android or iOS.