August 14 is the day when Don Bradman ended his career and Sachin Tendulkar scored his first Test century. 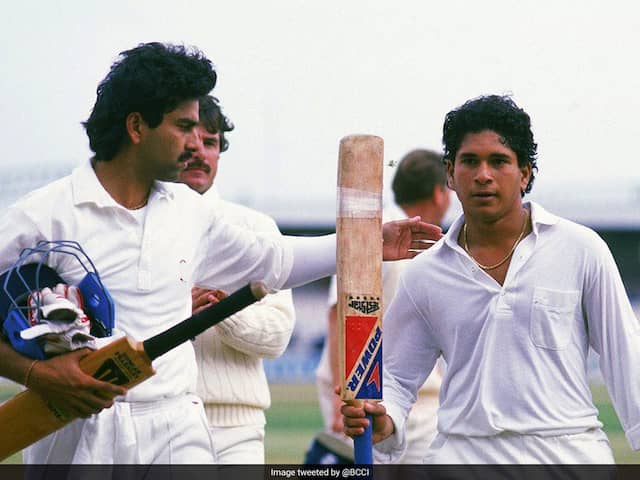 Don Bradman and Sachin Tendulkar are two legends who will remain forever etched in cricketing folklore. Two of the most important events related to these legends took place on this day in history, August 14. This is the date when Don Bradman's career ended with a duck in his last inning. This is also the date when Sachin Tendulkar scored his first Test century at Old Trafford against England. First, we go back to Ashes 1948. Australia came into the match, with an unassailable 3-0 lead. They dismissed England for a partly 52 on the opening day of the fifth Test. The visiting opening pair of Sid Barnes and Arthur Morris added 117 before the former was dismissed by spinner Eric Hollies.

#OnThisDay in 1948, Sir Don Bradman walked out at The Oval for his final Test innings, needing just 4 runs to maintain an average over 100...

You know what happened next...

The most famous in cricket history? pic.twitter.com/GoCZivgMyt

Before Bradman headed to bat, his average read a mind-boggling 101.39. He required four runs to touch a historic career Test average of 100. Hollies then possibly bowled a googly in the very next delivery and that hit Bradman's stumps. Bradman bowed out of Test cricket with an average of 99.94.

Australia went on to win the match but Bradman's dismissal still remains a significant moment.

Forty-two years after that incident, England set a huge target of 408 runs in the final innings and were aiming to bowl India out to win the series after having already won the first Test.

#OnThisDay in 1990, the world saw the first of @sachin_rt's 100 international centuries.

The little master was 17 years, 112 days old when he hit his maiden Test ton at Old Trafford - the third youngest player ever to score a Test hundred. pic.twitter.com/oJe7CXfX2q

Thanks for sharing this @Sachinist ... brought back some very special memories. https://t.co/dL976Xsx5A

When India were stuttering in the middle, 17-year-old Tendulkar came to bat. Captain Mohammad Azharuddin fell soon after which Tendulkar along with Kapil Dev rebuilt for India.

After dismissing the openers Navjot Singh Sidhu (0) and Ravi Shastri (12), Sanjay Manjrekar and Dilip Vengsarkar steadied the ship. Tendulkar batted through the day to claim a famous draw reaching his maiden hundred in the process. With this, Tendulkar also became the third youngest player ever to score a Test hundred.