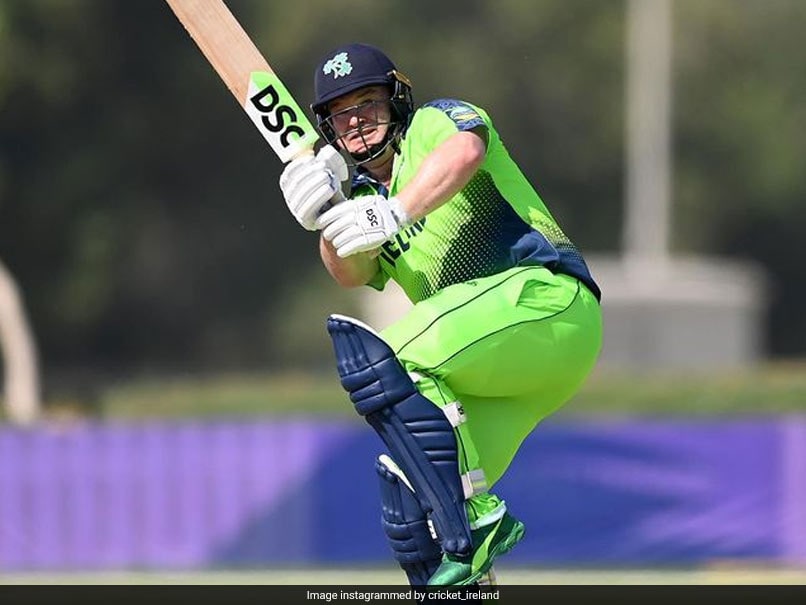 Ireland defeated Netherlands by seven wickets in the Group A Round 1 clash of the ongoing T20 World Cup at the Sheikh Zayed Stadium in Abu Dhabi on Monday. Chasing a target of 107, Ireland posted 107 for three in 15.1 overs with Paul Stirling remaning unbeaten after smashing 30 in 39 balls. Meanwhile, Gareth Delany top-scored for his side with a knock of 44 in 29 balls. Earlier, Netherlands could only muster 106 in 20 overs with Max O'Down registering a half-century. Curtis Campher was in good bowling form for Ireland, taking four wickets in four overs.

Netherlands ICC T20 World Cup 2021 Cricket Ireland vs Netherlands, Match 3 Live Score Live Cricket Score
Get the latest updates on ICC Women's Cricket World Cup 2022 and IPL 2022, check out the Schedule , Live Score and IPL Points Table. Like us on Facebook or follow us on Twitter for more sports updates. You can also download the NDTV Cricket app for Android or iOS.