Shahid Afridi turned back the clock on Saturday night with former Pakistan teammate Wahab Riaz bearing the brunt of the punishment in the T10 League match. 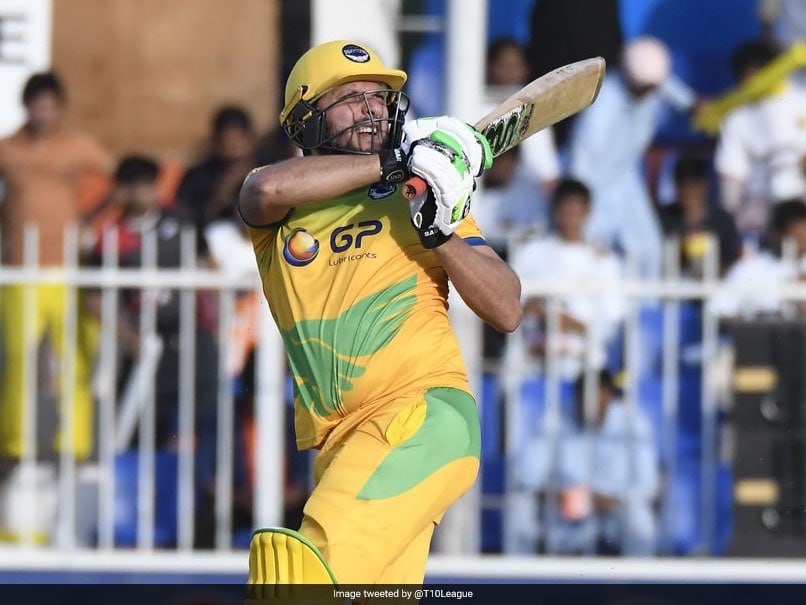 Shahid Afridi turned back the clock as he treated fans to some destructive batting in the T10 League Qualifier Final between Northern Warriors vs Pakhtoons on Saturday night. The former Pakistan batsman smashed seven sixes in his 17-ball 59 not out with ex-Pakistan teammate Wahab Riaz bearing the brunt of the punishment. Shahid Afridi's power-packed unbeaten knock helped the Pakhtoons win the match by 13 runs and reach the final of the tournament where they will once again face Northern Warriors, who reached the summit clash courtesy their win 10-wicket win over Maratha Arabians in the Eliminator Final.

The day, however, belonged to Shahid Afridi and under the firing line was his former Pakistan teammate Wahab Riaz. In the eighth over of the Pakhtoons innings, Afridi smashed Wahab Riaz for four consecutive sixes with the over yielding a whopping 26 runs in total.

Afridi's brilliant knock propelled the Pakhtoons to a mammoth 135 for five in 10 overs. However, things didn't go completely as planned for Shahid Afridi's team in the second innings.

Chasing 136 runs for victory, the Norther Warriors found themselves in a spot of bother at 15 for two in 1.2 overs with big hitters Nicholas Pooran and Andre Russell back in the hunt.

Windies right-hander Rovman Powell, though, was not in the mood of giving up just yet and went about demolishing the Pakhtoons attack with some crisp stroke-play. He smashed nine sixes and four fours in a 35-ball 80-run blitzkrieg that took his team to the brink.

However, Pakhtoons held on by the skin of their teeth to register a 13-run win and a place in the final.