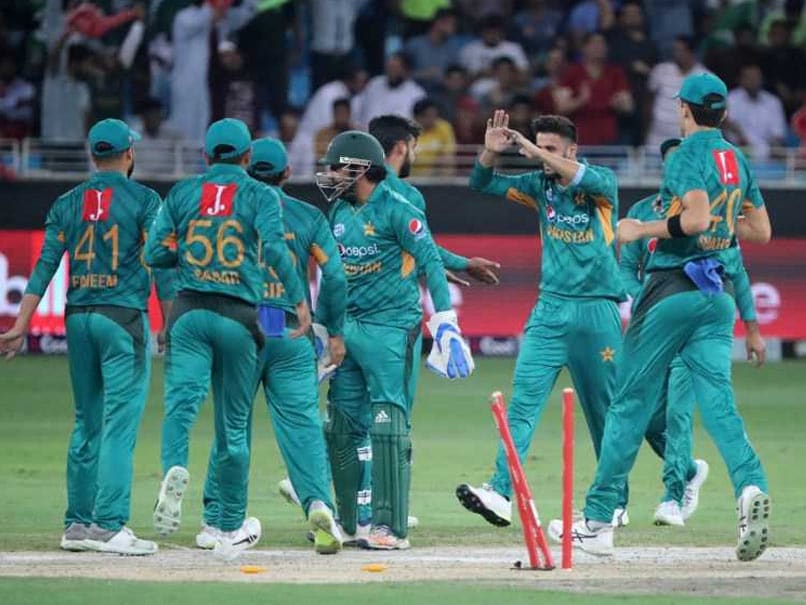 Pakistan now have an unassailable 2-0 lead against New Zealand in the T20I series.© AFP

Pakistan cricket team defeated New Zealand by six wickets to clinch the Twenty20 International (T20I) series at the Dubai International Cricket Stadium in Dubai on Friday. The series win also assured Pakistan's dominance in the shortest format as the number one ranked team registered their 11th consecutive T20I series win. Soon after the victory, wishes poured in from all quarters as the team achieved a rare feat. Former Pakistan captain Shahid Afridi also lauded the effort by the team led by Sarfraz Ahmed. Afridi also hailed the performance of youngster Shaheen Afridi, who played a crucial part in Pakistan's victory.

100% results for this 100% T20I team! Congratulations Sarfraz, Mickey all players and management. Special praise for young Shaheen Afridi great find, all in all a total team effort, Pakistan is proud of you. Keep up the good work #PAKvNZ

Batting first after winning the toss, New Zealand scored 153 for seven in 20 overs. Shaheen Afridi's figures of three for 20 restricted the Kiwis to a moderate total after the visitors got off to a decent start.

During the run-chase Babar Azam (40), Asif Ali (38) and Mohammad Hafeez's (34) knocks ensured Pakistan's win in the second match of the series.

With Pakistan already having an unassailable 2-0 lead against New Zealand in the T20I series, an upbeat home team will now look for a clean sweep. The Kiwis, on the other hand, will look to register their first win of the tour and take the momentum forward into the One-day International (ODI) series.

The third match of the T20I series will be played in Dubai on November 4.

Kane Williamson
Get the latest updates on Fifa Worldcup 2022 and check out  Fifa World Cup Schedule, Stats and Live Cricket Score. Like us on Facebook or follow us on Twitter for more sports updates. You can also download the NDTV Cricket app for Android or iOS.