On Day 2, Ishant scored his maiden first-class fifty and then came back to pick two wickets. 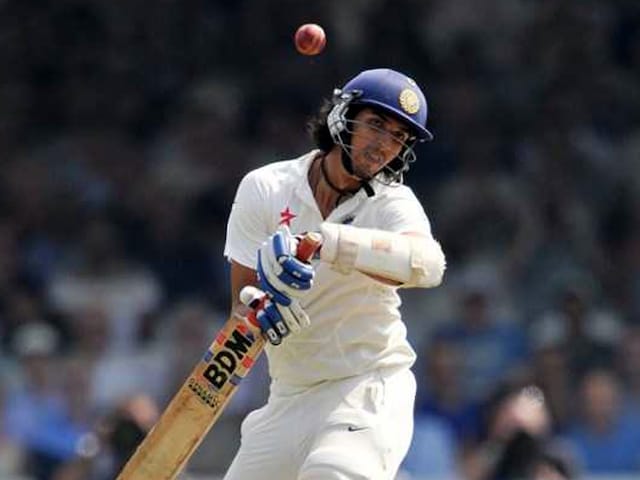 Ishant Sharma scored 66 runs from 141 balls including 6 fours and a six.© AFP

India pacer Ishant Sharma, who was snubbed at the IPL 2018 auctions earlier this year, continued to impress for Sussex in English domestic cricket. After creating a buzz with his five-wicket haul in the previous match against Warwickshire, Ishant shone with the bat in his team's ongoing County Championship Division Two match against Leicestershire. On Day 2, Ishant scored his maiden first-class fifty and then came back to pick two wickets. He stitched a 153-run partnership with Michael Burgess for the eighth wicket, batting throughout the morning session. The 29-year-old scored 66 runs from 141 balls including 6 fours and a six. Sharma, who has played 81 Tests and 80 one day internationals for his country, clearly relished his battle with Leicestershire's own international bowler Mohammad Abbas. The Pakistan seamer was convinced he had Sharma leg before on 34, but other than that neither batsman gave a chance as the partnership passed three figures.

The Delhi pacer joined Sussex until June 4 and will be available for the county's first five County Championship division two matches and all eight of their group fixtures in the Royal London One-Day Cup.

"It's a great honour to represent Sussex CCC, the oldest first-class county, and I am looking forward with excitement to my maiden stint in county cricket," said Ishant, who also has 115 one-day and eight Twenty20 International wickets.

Meanwhile, Cheteshwar Pujara, another Indian cricketer playing in English County this season, made headlines once again for his poor running between the wickets.

The 30-year-old, who had become the first Indian cricketer to be run out twice in a Test match in Centurion in January, was dismissed in the same manner while playing for Yorkshire against Nottinghamshire in a County Championship Division One game at Leeds. Pujara was batting on 18 when he showed a lapse in judgement and went for a non-existent run, which resulted in his familiar mode of dismissal.

India captain Virat Kohli is also in line for a County stint after his commitments with Royal Challengers Bangalore in his bid to prepare for the upcoming Test series against England in August-September.

Comments
Topics mentioned in this article
India Cricket Team Ishant Sharma Cheteshwar Pujara Virat Kohli Cricket
Get the latest Cricket news, check out the India cricket schedule, Cricket live score . Like us on Facebook or follow us on Twitter for more sports updates. You can also download the NDTV Cricket app for Android or iOS.