Sheldon Cottrell shared a video of MS Dhoni and saluted the former India captain for showing an "inspirational kind of love for country". 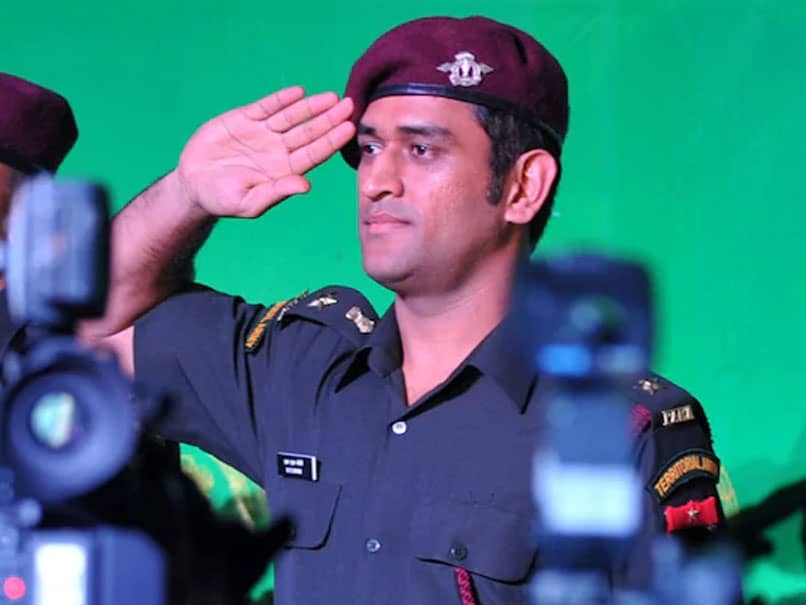 MS Dhoni has taken a two-month sabbatical from cricket to serve his unit.© AFP

MS Dhoni has been in the headlines ever since India's exit from World Cup 2019. Speculation was rife that MS Dhoni would call time on his glittering limited-overs career after India's ouster. But with MS Dhoni maintaining his silence, nothing materialised. Fans waited with bated breath for India's squad announcement for the West Indies tour, hoping there would be some communique from the BCCI or chief selector MSK Prasad regarding MS Dhoni's future. While nothing came on MS Dhoni's retirement, MSK Prasad confirmed that the former India captain had opted out of the Windies tour to serve the Territorial Army unit of the Parachute Regiment. From David Lloyd to Gautam Gambhir, many have had their say on Dhoni's decision, with the latest addition to that list being West Indies pacer Sheldon Cottrell.

The West Indies fast bowler took to Twitter to post a heartfelt message for Dhoni, saluting the wicketkeeper-batsman for showing an "inspirational kind of love for country and partner".

In his first tweet, the left-arm pacer saluted Dhoni for not only being an "inspiration on the cricket field" but for also being a "patriot".

This man is an inspiration on the cricket field. But he is also a patriot and a man that gives to his country beyond duty. I have been at home in Jamaica with my boys these past weeks and had time to reflect (1/2)

In the second tweet, Cottrell posted a video of MS Dhoni.

I shared this video with friends and family because they know how I feel about honour but the moment between wife and husband truly shows an inspirational kind of love for country and partner. Please enjoy as I did. pic.twitter.com/Pre28KWAFD

MS Dhoni will be with the unit in the Kashmir Valley as a part of Victor Force. It was also made clear that as requested by the officer and approved by Army Headquarters, MS Dhoni will be taking on the duties of patrolling, guard and post duty and would be staying with the troops.

On Friday, Army Chief Gen. Bipin Rawat told NDTV that MS Dhoni was well-equipped to perform his duties with the Army. Like any other soldier, MS Dhoni will be performing the role of a protector.

"When a citizen of India wants to don the military uniform then he has to also be prepared to fulfill the task for which the uniform has been assigned to him. MS Dhoni has carried out his basic training and we know that he will be able to accomplish the task.

"In fact, he will be protecting a lot of other people because he will now be performing with the 106 Territorial Army battalion (Para). It is a very good battalion and they have been performing line of communication duties, static protection and he will be a part of it.

"I don't think we will need to protect him, he will protect the citizens and garrison entrusted to his task," the Army Chief said.