Gautam Gambhir also said he had criticised MS Dhoni earlier and said he should do something for the defence forces. 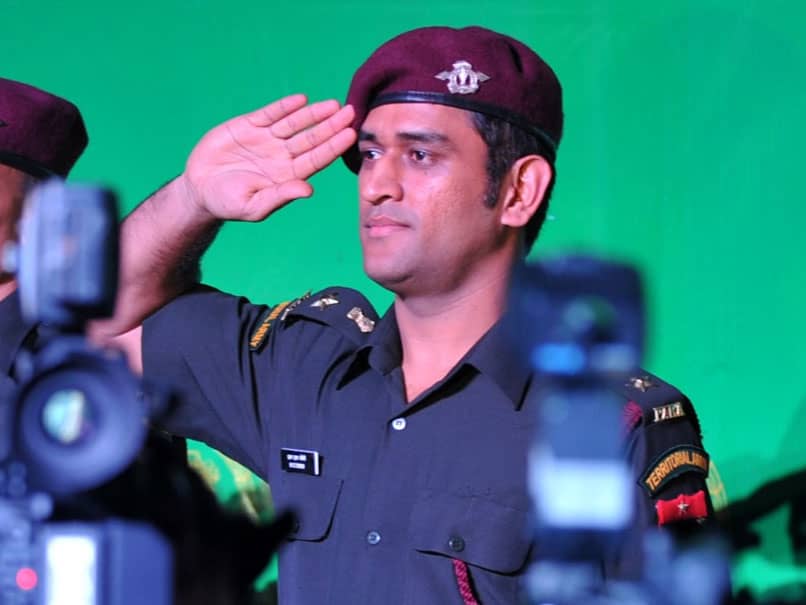 MS Dhoni has taken a two-month sabbatical from cricket to serve his unit.© AFP

MS Dhoni, who opted out of the West Indies tour, continues to hog the limelight and remain a role model for many by opting to serve the Territorial Army unit of the Parachute Regiment. MS Dhoni's decision to serve the Indian Army comes after his approach in the World Cup 2019 came under scrutiny and speculations began to mount over his retirement from international cricket. However, Gautam Gambhir, MS Dhoni's 2011 World Cup winning teammate, has backed the former India skipper's decision and said it showed how serious he is about serving the Army.

"I had always said this, we shouldn't be wearing uniform of a defence personnel, we should do something for them, then we should wear it," Gautam Gambhir told ABP news.

"Today, MS Dhoni has shown the entire country how serious he's for the uniform. I'm sure the step he has taken to go to Kashmir and serve the Army, do patrolling, it is a historic step which will motivate the youth and he can become a huge role model.

"I always used to criticise that MS Dhoni should do something for defence forces, then he should have been given the uniform of the Territorial Army, I think he has now kept in front of the country, how serious he is about it and how he wants to serve his army and what is his thinking, so hat's off to him," the former Indian opener added.

Dhoni has taken a two-month sabbatical from cricket to serve his unit. He will be with his unit, currently stationed in the Kashmir Valley as part of Victor Force, from July 31 to August 15, 2019.

The 38-year-old will be taking on the duties of patrolling, guard and post duty and would be staying with the troops during this period.

Gautam Gambhir Cricket
Get the latest updates on India vs England Series, India vs England , live score and IPL 2021 Auction . Like us on Facebook or follow us on Twitter for more sports updates. You can also download the NDTV Cricket app for Android or iOS.