Watch: Sachin Tendulkar Plays Golf Left-Handed. Any Guesses Who Helped Him Out?

Sachin Tendulkar took to Instagram to post a video of him trying to play golf left-handed with a former India teammate. 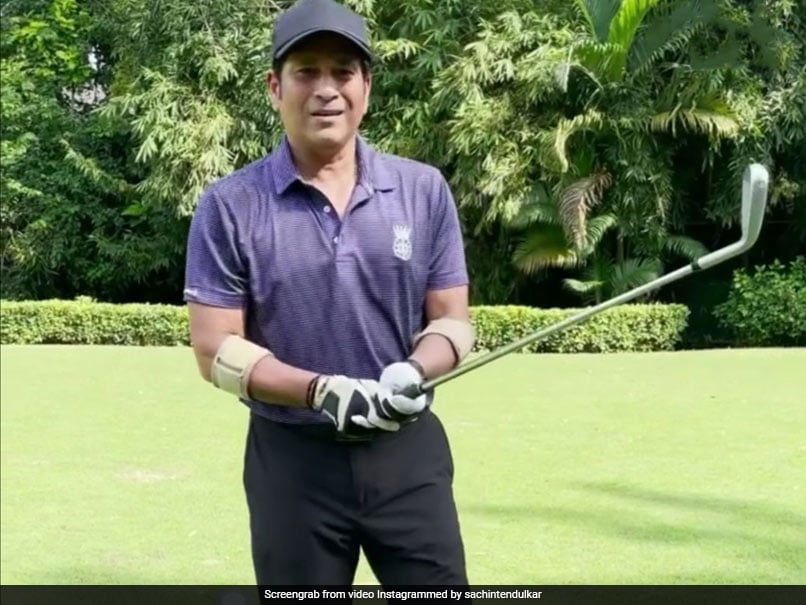 Known to be an avid golf lover, Sachin Tendulkar took to social media to post a video of him learning how to play the sport left-handed. In the video, the cricket legend also revealed that he was learning the new technique from none other than one of India's best ever southpaws, Yuvraj Singh. Introducing his former teammate, Sachin said, "Guys, do you know I am ambidextrous and today happens to be Left-Handers Day. Normally I play right-handed but today I am going to give it a try with my left hand. Who's going to teach me how to do it to get it right. Any guesses?"

The video was well-received by fans, with many showering the duo with heart-shaped emoticons.

Sachin is known for his quirky videos on social media, especially since the beginning of the coronavirus pandemic. His posts usually range from food recipes and family photographs to many unique moments.

Recently, the 48-year-old even adopted an indie puppy and named him as Spike. He also posted a video of Spike on Instagram, explaining how the puppy was found. Here is the video:

He played an important role in India's 2011 ODI World Cup win, under the captaincy of MS Dhoni. Sachin was India's leading run-scorer in the tournament. He retired in 2013 as the highest run-scorer in Tests and ODIs, records that stand to this day.

Yuvraj Singh Cricket
Get the latest updates on IPL 2021, check out the IPL 2021 Schedule and Indian Premier League Live Score . Like us on Facebook or follow us on Twitter for more sports updates. You can also download the NDTV Cricket app for Android or iOS.