Sachin Tendulkar Birthday: The Master Blaster turned 47 on Friday with wishes pouring in from all parts of the globe for the batting great. 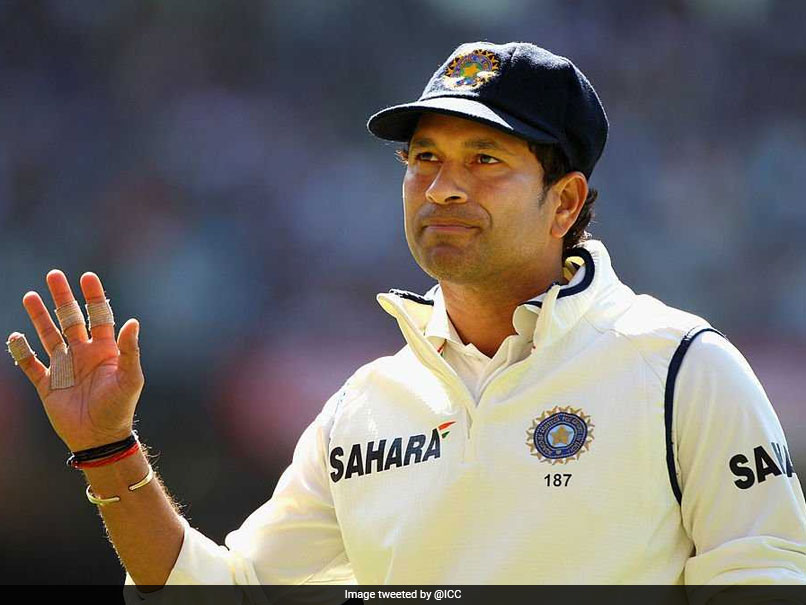 Sachin Tendulkar turned 47 on Friday with wishes pouring in from all parts of the globe for the cricket legend. The Board of Control for Cricket in India (BCCI) posted a tribute video on its official Twitter handle on Sachin Tendulkar's birthday. "As the Master Blaster @sachin_rt turns 47, we relive one of his glorious knocks against England in 2008. He dedicated this ton - 41st in Test cricket, to the victims of 26/11 Mumbai terror attack," the caption of the video read. Current coach of the Indian cricket team, Ravi Shastri was among the first to wish Sachin Tendulkar, tweeting "Happy Birthday, Bossman. Legacy you've left behind in the sport is immortal. God bless Champ".

As the Master Blaster @sachin_rt turns 47, we relive one of his glorious knocks against England in 2008.

He dedicated this ton - 41st in Test cricket, to the victims of 26/11 Mumbai terror attack.

To the legend with an eternal sweet spot on the bat & in our hearts, here's wishing MasterBlaster @sachin_rt a very happy bday. May ur life continue to shine like ur records & may u continue to inspire billions thru ur noble deeds. Loads of love & best wishes #HappyBirthdaySachin pic.twitter.com/l52w5dahA3

To, someone who changed the dynamics of the game and made generations fall in love with the sport. A legend and one of the nicest human beings, happy birthday @sachin_rt paji!
There won't be another#HappyBirthdaySachin pic.twitter.com/PFreyi7ixx

Seems like this picture was taken in a different universe altogether!! Happy Birthday buddy .... have a good one! #SachinTendulkar #StaySafe pic.twitter.com/IdUFLiVhUI

Birthday greetings to one of the biggest legend of cricket @sachin_rt . Have a blast at home Paaji. Lots of love #HappyBirthdaySachin pic.twitter.com/WwxVJjVXfi

Many fans took the opportunity to post videos of their favourite Sachin Tendulkar knock while others posted some memes to show their reverence to the 'god of cricket'.

Quote & Say if its your Favorite @sachin_rt Inning#SachinTendulkar#HappyBirthdaySachinpic.twitter.com/mTyH9kZQN4

Pride of India, inspiration of billions. Wishing you a very happy birthday LEGEND. @sachin_rt Thank you for these memories#godofCricket #SachinTendulkar #HappyBirthdaySachin #SachinSachin pic.twitter.com/H9LiLAzVJh

Pride of India, inspiration of billions. Wishing you a very happy birthday LEGEND. @sachin_rt Thank you for these memories#godofCricket #SachinTendulkar #HappyBirthdaySachin #SachinSachin pic.twitter.com/H9LiLAzVJh

One of the greatest batsmen to ever take the field, Sachin Tendulkar has numerous records to his name.

The batting phenom was just as prolific in one-day cricket, scoring 18,426 runs at an average of 44.83 with 49 hundreds and 96 fifties. Among the plethora of records, he was the first person to breach the 200-mark in 50-over cricket.

Sachin Tendulkar played just one Twenty20 International (T20I) in 2006 against South Africa in Johannesburg where he scored 10 runs.

The legend called time on his cricketing career in 2013.

Tendulkar, much like other former and current cricketers across the globe, is spending time at home amid the coronavirus pandemic.

Recently, he had pledged to feed 5,000 people for a month.

In March this year, the batting great had donated Rs 25 lakh each to the Prime Minister's Relief Fund and the Chief Minister of Maharashtra''s Relief Fund to aid the battle against COVID-19.

Tendulkar was also among the 40 elite sportspersons with whom PM Narendra Modi had a video conference to discuss the prevailing situation on April 3.

Sachin Tendulkar Ravi Shastri BCCI Cricket
Get the latest updates on ICC T20 Worldcup 2022 and CWG 2022 check out the Schedule, Live Score and Medals Tally. Like us on Facebook or follow us on Twitter for more sports updates. You can also download the NDTV Cricket app for Android or iOS.