Sachin Tendulkar believes that Rohit Sharma will have to perform on a consistent basis to become the next Virender Sehwag of Indian cricket. 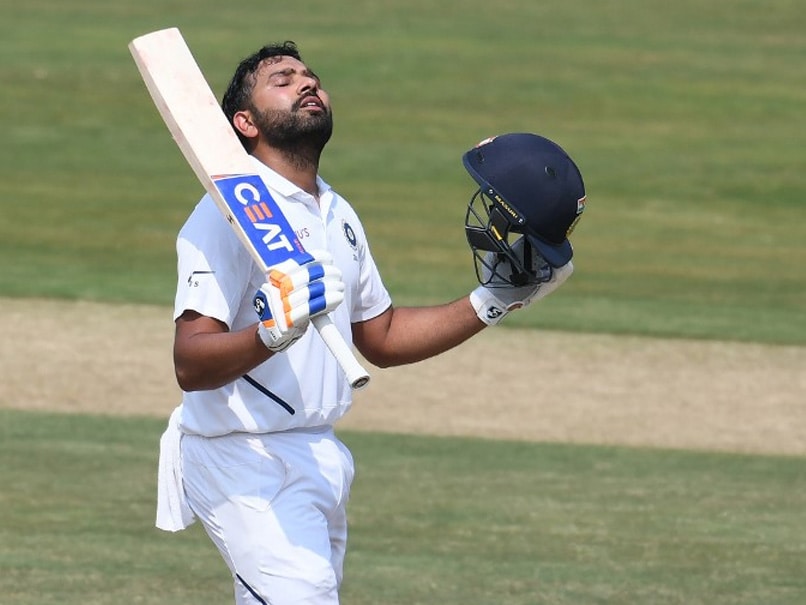 Rohit Sharma scored a brilliant century in his first outing as a Test opener and helped India reach 202 without loss on the opening day of the first Testagainst South Africa in Vizag on Wednesday. Often criticised for his batting approach in the longest format of the game, Rohit Sharma proved his naysayers wrong with his 4th Test century that included five sixes and 12 fours. Sachin Tendulkar believes that Rohit Sharma will have to produce such sublime performances on a consistent basis to become the next Virender Sehwag of Indian cricket.

"It's all about the mindset. If somebody wants to open the innings, then he needs to have a different kind of mindset," Tendulkar said.

Rating Sehwag as a complete opener, Tendulkar said that the former India batsman had the right kind of mindset and ability to perform in all formats.

"Sehwag had that different mindset. Be it a ODI or Test, he would more or less play in the same manner. That aggressive nature was always there. Again, it boils down to the capability and the potential of that particular player," said Tendulkar.

Tendulkar also added that a lot of players are not able to keep up the aggression and we'll have to wait and see how this turns out to be for Rohit Sharma.

"There are number of guys, who want to be aggressive but to able to use that ammunition (aggression) consistently enough is something that Sehwag had been able to do. That number (opener) suited him. One needs to wait and see how it pans out (for Rohit)," said Tendulkar.

As far as the match is concerned, Virat Kohliwon the toss and opted to bat against South Africa. Rohit Sharma and Mayank Agarwal (84*) took the hosts to 202/0 at stumps on Day 1.