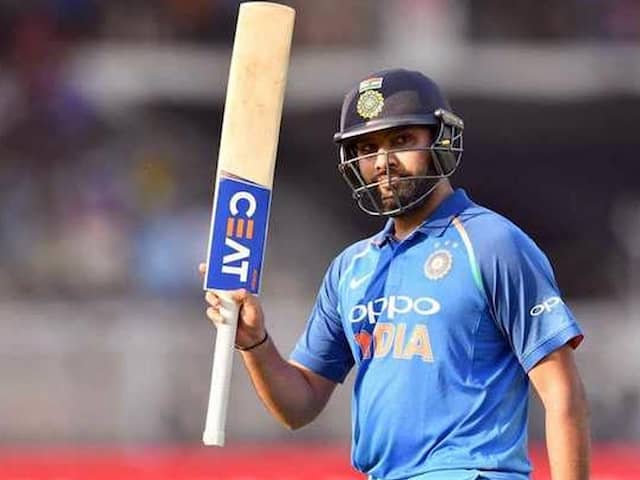 Rohit Sharma will form the key to India's chances in the upcoming Cricket World Cup 2019.© AFP

Team India vice-captain Rohit Sharma turned 32 on Tuesday. Rohit was born in Nagpur on April 30, 1987. The opening batsman is captaining Mumbai Indians (MI) in the ongoing Indian Premier League (IPL) 2019. Mumbai Indians, who are presently ranked third in the IPL points table. Playing 12 matches, they have won seven matches and lost five and are on the cusp of making it to the playoffs. Wishes poured in for the flamboyant opener from all quarters.

Happy birthday @ImRo45. I'm sure this birthday will be even more special with Samaira in your life. pic.twitter.com/DYeoqtPP3A

As our champion @ImRo45 turns 32 today, we pull out his epic knock of 264, the highest individual ODI score ever. #HappyBirthdayRohit

Wishing you a very happy birthday @ImRo45 ... Stay blessed and have a super year...

Happy birthday Rohit! First one with the little, cute nugget. Enjoy and cherish this one! Wishing you a blessed day! @ImRo45 pic.twitter.com/nOhq0FJbbl

Many more happy returns of the day @ImRo45 . Wish you success and fulfillment in whatever you do. Have a blessed life. #HappyBirthdayRohit

Rohit Sharma made his Team India debut in 2007 against Ireland in Belfast. He has been an integral part in the white ball format since he was promoted to open the batting for India. He already has amassed 8,010 runs in 206 matches for India at an average of 47.39 in One-day Internationals.

He has struck 22 centuries and 41 half-centuries in ODIs. He already has scored a record three double-centuries in ODIs with 264 being his career-best knock that came against Sri Lanka in Kolkata in 2014.

Rohit and Shikhar Dhawan form a potent opening pair for India in the limited overs format. The successful opening pair who have been opening the batting for India since 2013 have added 4,541 runs in 101 innings at an average of 45.41 and have already have 15-century stands and 13 fifty-plus partnerships.

Rohit Sharma alongside India captain Virat Kohli and Shikhar have scored the bulk of runs for India in ODIs and will form the key to India's chances in the upcoming Cricket World Cup 2019.