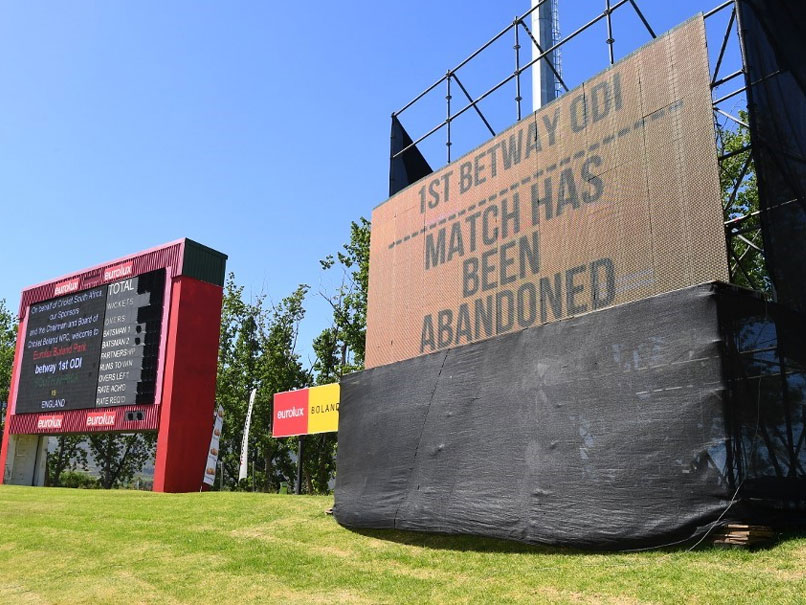 South Africa and England were slated to play the first ODI in Paarl on Sunday.© AFP

The first ODI between South Africa and England in Paarl, which was rescheduled to Sunday, has been suspended after two staff members at the hotel where the visitors were staying tested positive for coronavirus. The start of the match was initially delayed after the tests returned positive, but the match was then called off. Two members of England's touring party have also tested positive for coronavirus, although it is not known if the two are players or members of the support staff.

A decision on the remaining ODIs will be taken after the test results are ratified independently by medical experts, the statement added.

"We regret that we are unable to play in today's ODI, but the welfare of the players and support staff is our primary concern and whilst we await the results of further tests the medical advice from both teams was that this game should not take place," Ashley Giles, Managing Director of England men's cricket said.

"We remain in constant dialogue with Cricket South Africa and will continue to work closely with them to determine how best to move forward," he added.

"CSA is doing everything in our power to ensure that our top priority, which is the health, safety and welfare of players, support staff and all involved in this series is safeguarded. With that in mind, we have made the joint decision to cancel today's match," said Cricket South Africa Director of Cricket, Graeme Smith.

The general manager of the hotel confirmed that two staff members had tested positive.

"At this stage it is not clear how the staff members became infected as neither have left the bio-secure area since November 16 and they do not work on the same team or in the same area," the manager, Roy Davies, told AFP.

The first ODI was initially scheduled for Friday, but was postponed after a South Africa player tested positive for coronavirus.

With inputs from AFP