Jaydev Unadkat picked up 10 wickets for 142 against Gujarat in the Ranji Trophy semi-final on Wednesday to help his side register a comfortable 92-run victory. 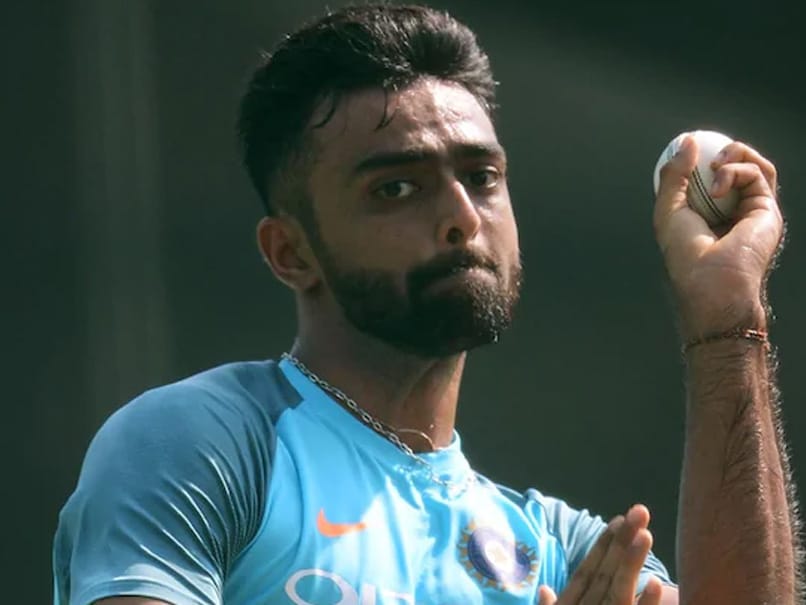 Jaydev Unadkat, who will play for Rajasthan Royals in the upcoming edition of the Indian Premier League (IPL), scripted history on Wednesday as he became the highest wicket-taking fast-bowler in a Ranji Trophy season. Jaydev Unadkat, with 65 wickets, went past Karnataka's Dodda Ganesh who had taken 62 wickets in the 1998-99 season of the domestic championship. Jaydev Unadkat, captaining Saurashtra, claimed seven wickets in the second inning of the semi-final clash against Gujarat to take his side through to the final. Jaydev Unadkat finished with match figures of 10 for 142 as Saurashtra defeated Gujarat by 92 runs.

Bengal's Ranadeb Bose and Haryana's Harshal Patel are at third and fourth place respectively with 57 and 52 wickets in a single Ranji Trophy season.

In the match, Gujarat captain Parthiv Patel had won the toss and invited Saurashtra to bat in Rajkot.

In reply, Gujarat were bowled out for 252 as Saurashtra took a handy 52-run first innings lead.

Arpit Vasavada then scored 139 in the second innings as Saurashtra set Gujarat a 326-run target for the win.

In the second innings, Parthiv Patel and Chirag Gandhi scored half-centuries, but Gujarat fell 92 runs short of the target.

Unadkat, 28, then ran through Gujarat's top-order as Saurashtra registered a comfortable win.

In the other semi-final match, Bengal had defeated Karnataka by 174 runs on Tuesday.

KL Rahul, who was the star with the bat for India in the limited overs fixtures in New Zealand, failed on his return to red-ball cricket. Rahul scored 26 in the first innings and a second-ball duck in the second essay.

Saurashtra and Bengal will lock horns in the final of Ranji Trophy, starting on March 9.

Jaydev Unadkat Cricket
Get the latest updates on T20 World Cup, check out the T20 World Cup Schedule and Live Score . Like us on Facebook or follow us on Twitter for more sports updates. You can also download the NDTV Cricket app for Android or iOS.