Priyank Panchal To Lead India A In First Class Games vs New Zealand A: Report

Gujarat opener Priyank Panchal is likely to lead India A in three four-day 'Tests' against New Zealand A, beginning in Bengaluru from September 1. 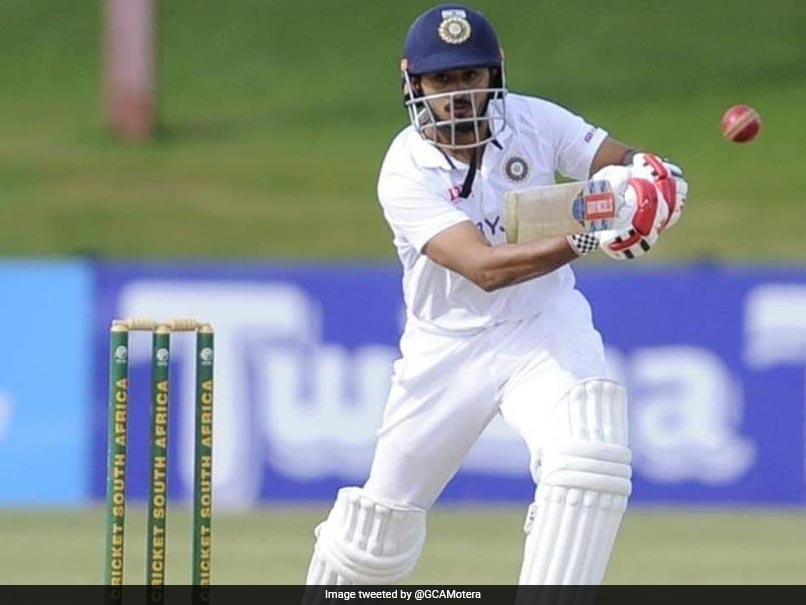 Gujarat opener Priyank Panchal is likely to lead India A in three four-day 'Tests' against New Zealand A, beginning in Bengaluru from September 1. While the national selection committee chaired by Chetan Sharma will be meeting on Monday to announce the red and white ball 'A' teams for the New Zealand series, it is learnt that former India captain Ajinkya Rahane's comeback to competitive cricket will happen in Duleep Trophy. Rahane sustained a groin injury during last IPL and had undergone intense rehabilitation with his international career at cross roads after being overlooked in the Test squad.

"Rahane hasn't played any cricket of late and hence straightaway the selectors won't put him in India A with lot of performers waiting. I think he will play for West Zone in Duleep Trophy and take it from thereon," a senior BCCI official privy to developments told PTI on conditions of anonymity.

It is understood that Rahane is not in the scheme of things for the Bangladesh tour in December but a good Ranji Trophy season might just bring him back in the mix for the big home series against Australia.

It has also been learnt that Rahane has committed to play full season for Mumbai in the domestic season and will lead the side.

Panchal, who led India A in South Africa, is likely to be entrusted with the duty again.

"Panchal is currently playing for Chemplast in Chennai in some friendly games as he needed practice and it is currently monsoon in Gujarat,' a senior GCA official confirmed the development.

Since he led the team well, there is little chance of him being changed although Hanuma Vihari is also likely to be picked and will be the senior-most player in the pack.

The likes of Abhimanyu Easwaran, Baba Aparajith, Upendra Yadav, Saurabh Kumar and K S Bharat are all set to be a part of the red ball squad.

Opener Mayank Agarwal could just get another chance to resurrect his international career.

Prasidh Krishna, who is now a part of the Test squad and Navdeep Saini, are all set to be picked for the A games. Shivam Mavi and Kamlesh Nagarkoti, two injury prone juniors on whom BCCI and NCA have heavily invested, could also get a look-in.

Jammu and Kashmir's pace sensation Umran Malik, one of the finest raw fast bowling talents, could also be given a platform.

Sarfaraz Khan (982 runs), who was in South Africa and had a stellar Ranji Trophy season, is a sure-shot pick for all three 'Tests'.

Rajat Patidar, after a fine IPL and 600 plus runs in Ranji Trophy, also is an automatic choice.

While Mumbai man Shams Mulani with 45 wickets and 321 would consider himself a contender but an Indian set-up where fitness is given a lot of importance, his portly frame and slow coach fielding might be an impediment.

Also Saurabh Kumar and Bengal's Shahbaz Ahmed, who scored nearly 500 runs and took 20 wickets this season and is currently in Zimbabwe, could be ahead in the race.

Mohammed Siraj and Shubman Gill will not be considered for the series.

Most of Zimbabwe series players for white ball games

The white ball leg of the New Zealand series will mostly comprise of players, who are currently playing the ODI series in Zimbabwe. The likes of Ruturaj Gaikwad, Ishan Kishan, Sanju Samson, Avesh Khan, Kuldeep Yadav, Shahbaz Ahmed will all be a part of the series. Rishi Dhawan by sheer weight of his Vijay Hazare Trophy performance, nearly 500 runs and 17 wickets, is set to make the cut.

But at nearly 33 years of age and bowling at a speed of early and mid-120 kmph, whether Rishi is going to be a serious contender for 2023 World Cup is a big question.

Prithvi Shaw is set to return to the India A fold and Venkatesh Iyer would be the all-rounder.

It will be interesting to see whether any of the left-arm seam bowling options like Mohsin Khan, Yash Dayal or T Natarajan get a nod in the squad.

Ajinkya Rahane Mohammed Siraj Shubman Gill Umran Malik Cricket
Get the latest updates on Fifa Worldcup 2022 and check out  Fifa World Cup Schedule, Stats and Live Cricket Score. Like us on Facebook or follow us on Twitter for more sports updates. You can also download the NDTV Cricket app for Android or iOS.