Pragyan Ojha shared a video of when he had had bungee jumped off the roof of a cricket stadium. 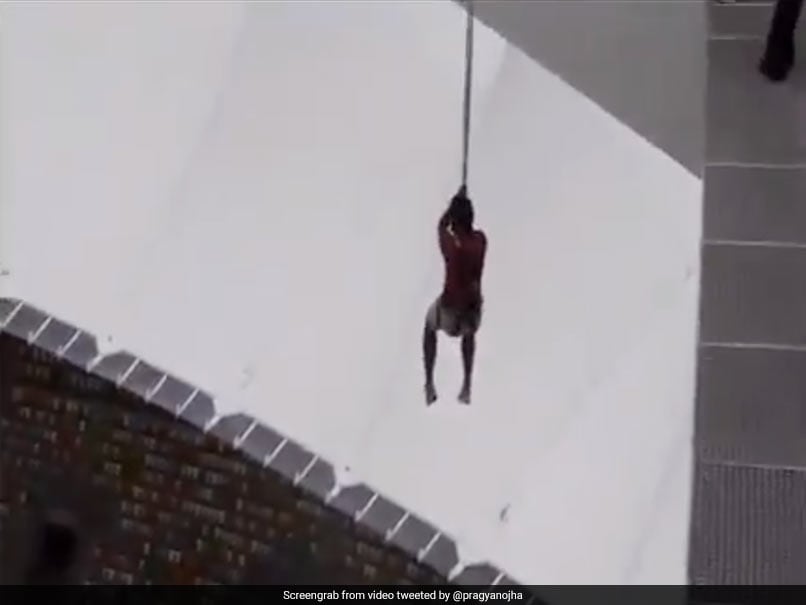 Pragyan Ojha, the retired Indian left-arm spinner revealed to fans in a social media post that he was scared of heights. Ojha in his Twitter post goes on to show that back then, he thought the best way to face his fears was by trying the bungee swing. He captions the post, "I always had the fear of heights, back then I thought this was the best way to get it out of my system..stupid me! #bungeeswing #jaibajrangbali". In the video shared by him, it can be seen that he jumped from the roof of a cricket stadium which looks to be very high for someone who is scared of heights.

I always had the fear of heights, back then I thought this was the best way to get it out of my system.. stupid me! #bungeeswing #jaibajrangbali pic.twitter.com/OUL8hmY7JC

The left-arm spinner had announced his retirement from all forms of the game in February this year. Ojha debuted in an ODI against Bangladesh back in 2008. After that, he went on to all three formats for the country. However, Pragyan Ojha's last international game was back in 2013 against West Indies at Mumbai. Interestingly, this was also Sachin Tendulkar's farewell match after serving the country for 24 years.

Pragyan Ojha has also made an impact in the Indian Premier League. Ojha has featured in 92 matches and has scalped 89 wickets with a strike rate of 21.34.

The former India player has been vocal in the fight against the coronavirus pandemic in India.

Ojha has backed the government guidelines regarding the 21-day lockdown and urged citizens to follow the same as India battles against the pandemic. Several sports personalities from Virat Kohli to Sachin Tendulkar have donated as India tries to prevent the pandemic from spreading.

Pragyan Ojha Cricket
Get the latest updates on T20 World Cup, check out the T20 World Cup Schedule and Live Score . Like us on Facebook or follow us on Twitter for more sports updates. You can also download the NDTV Cricket app for Android or iOS.