On This Day In 1998, Australia Were Blown Away By Sachin Tendulkar's 'Desert Storm'

Sachin Tendulkar's 'Desert Storm' inning against Australia in the Sharjah Cup in 1998 is one of the most iconic events of Indian cricket. 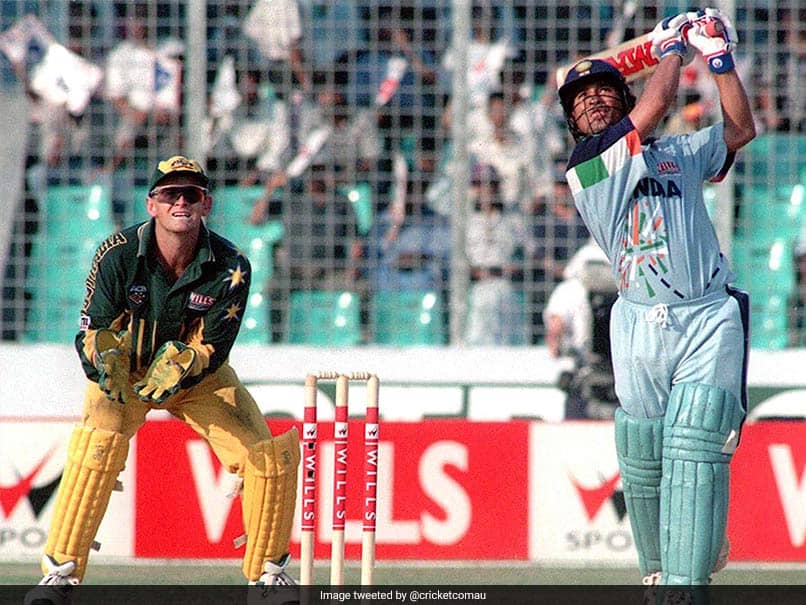 On April 22, 1998, in the sweltering heat in Sharjah, India were up against it in the Sharjah Cup. Mohammad Azharuddin's team needed a huge performance to qualify for the final of the tri-series and they were facing a dominant Australian side that had won their three matches in the tournament till then. Things were not made any easier after Australia posted 284/7, with Michael Bevan hitting an unbeaten century. And it was not going to get any easier for India, facing an attack boasting of Shane Warne, Damien Fleming and Michael Kasprowicz.

But none of those factors - nor the sandstorm that halted India's inning for nearly half an hour - could deter Sachin Tendulkar, who was in the form of his life at the time.

The maestro took the attack to the Australians and smashed the likes of Warne and Fleming around the park.

By the time Tendulkar was caught behind off Fleming's bowling, he had hit 143 runs off 131 deliveries - a knock studded with nine boundaries and five sixes.

India eventually failed to chase the revised target of 276 off 46 overs - falling short by 26 runs - but Tendulkar's brilliance ensured that his side crossed the required 237-run mark to edge New Zealand and enter the final.

Tendulkar's knock in Sharjah against Australia is regarded as one of the greatest ODI knocks of all time, factoring in the quality of opposition, the stiff target and the testing conditions.

"Given the conditions in the month of April - the temperatures are really high and you can feel the heat going through your shoes and socks - and the first thing you want to do is to put your feet in the ice bucket," cricket.com.au had quoted Tendulkar as saying about the inning in 2018.

"In my case, that was one experience which I remember how tough it was to stay there and play the best team in the world," he had said.

"Australia was No.1 at that stage and to beat them so convincingly was extremely satisfying."

Two days later, when the sides met again at the same venue, Tendulkar smashed another century to help India beat Australia and win the cup. He finished with 435 runs from five games in the tournament.