On Bigg Boss, Sreesanth Recalls How Sachin Tendulkar Came To His Rescue 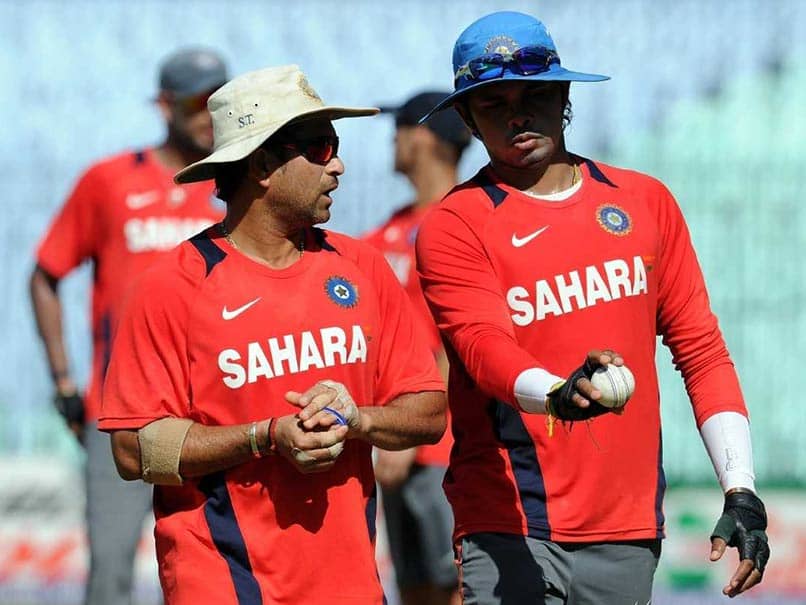 Indian cricketer S Sreesanth shared an interesting anecdote related to batting legend Sachin Tendulkar in an episode of reality TV show Bigg Boss. S Sreesanth was part of India's both ICC T20 2007 and 2011 World Cup squads. A few years after India's triumph in 2011, all the World Cup winning players from India were being interviewed. S Sreesanth recalled that particular interview thanking Sachin Tendulkar for taking his side during that interaction. "I want to share one incident related to Sachin Tendulkar. 1-2 years after our 2011 World Cup triumph, an interview was going on. The interviewer asked about everyone. 2011 you guys played well taking all players' names but not mine. When the interview was about to end, Sachin Tendulkar prompted my name saying Sreesanth also played a major role. I cried a lot during that time", he told his fellow reality show Bigg Boss participant Anup Jalota.

.@sreesanth36 thanks @sachin_rt as he took his side during an interview! #BB12 #BiggBoss12 @PanasonicIndia

The 35-year-old player is currently serving a life ban on cricket imposed by the Board of Control for Cricket in India (BCCI). The Delhi Police had arrested Sreesanth and other two cricketers Ajit Chandila and Ankeet Chavan on charges of spot-fixing during the Indian Premier League in 2013.

All the 36 accused in the spot-fixing case, including Sreesanth, Chavan and Chandila, were let off by a Patiala House court in July 2015. The Delhi Police later challenged the Patiala High Court decision in the Delhi High Court. The BCCI, however, had refused to alter its disciplinary decision even after the verdict.

Sachin Tendulkar
Get the latest updates on India vs Australia Series, check out the India vs Australia Schedule for 2020-21 and Ind vs Aus live score . Like us on Facebook or follow us on Twitter for more sports updates. You can also download the NDTV Cricket app for Android or iOS.